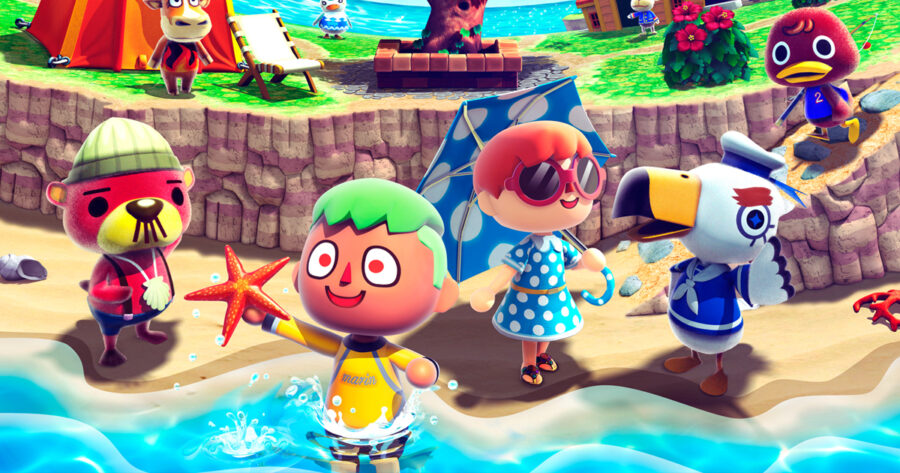 STONEYVILLE— Animal residents from the quiet village of Stoneyville gathered in the town square to participate in the annual ritual to decide who will be sacrificed to the gods of nature in order to ensure a good harvest for the coming year.

Tom Nook presided over the ceremony, taking a slip of paper out of the box for himself, and then calling villager’s names in alphabetical order to come to the center of the square and grab a slip of paper. Nook had taken over as the village’s mayor after the previous one was chosen to be sacrificed during last year’s lottery.

“Obviously the loss of our last mayor still weighs heavy on some of us,” said Mayoral Assistant Isabelle, her eyes welling with tears. “But every three days, when fresh fruit appears on the trees regardless of the season, I think of the mayor’s sacrifice and what it means to our town.”

“Nook’s doing an okay job I suppose,” decided long-time resident Gruff, who has witnessed twenty lotteries over the course of his time in the town. “He passed a pretty unpopular bill a few months ago saying that all home renovations had to be done through a licensed construction company owned by him. Some radicals have suggested a coup, but hopefully the harvest gods, blessed be their name, choose him to be the seed of our next great farming boon.”

After all the pieces of paper had been passed out to the villagers, Nook rang the traditional bell to start the opening ceremony, which revealed that Tom Nook himself had the black dot that signified he would be this years sacrifice. This caused murmurs throughout the town square, as the mayor being chosen for sacrifice two years in a row was unprecedented.

Villagers began to pick up rocks from the pile in the center of the town square and chase Nook through the town. A pretty heavy rock thrown by an unknown assailant hit him squarely in the head, causing him to tumble onto the grass, where he was beset upon by the residents of Stoneyville where his flesh was torn asunder and sewn into the crops around town as per tradition.