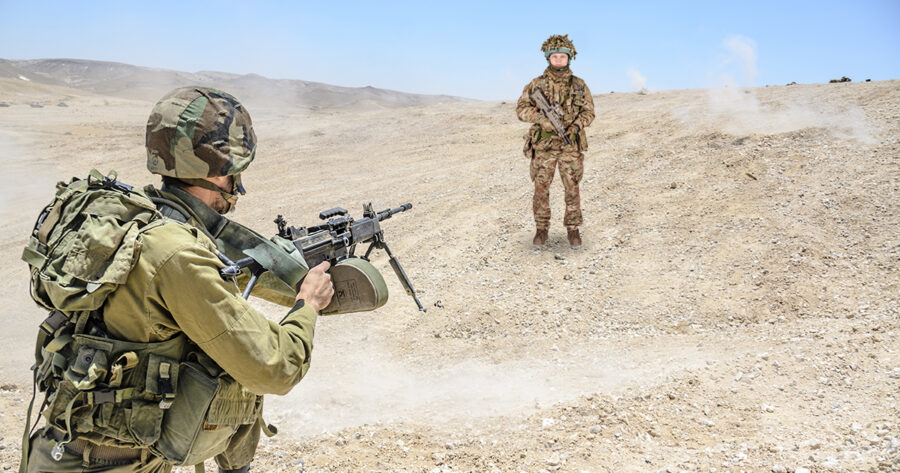 GENEVA — A new protocol added to the Geneva Conventions, the international standards for ethical treatment during wartime, will now punish soldiers who deliberately kill players away from their keyboards as a war crime.

“There is no honor in an AFK death,” said U.S. General Robert Harrison earlier today. “For too long, soldiers have been claiming the honor and XP that comes with rolling up on someone that’s probably feeding their kid or hitting a bowl or something, and we no longer want to reward those kinds of tactics. In fact, we will now be holding tribunals and punishing to the fullest extent of the law anyone that we find to be in violation of this newest addition.”

Many rejoiced over this news, claiming it was long overdue.

“It’s about fucking time,” said local soldier and gamer Henry Wood. “I still remember playing Modern Warfare 2, the first one, and I thought I was on a pretty quiet part of the map so I ran to the other room to grab a soda real quick. When I returned, my greatest fears had been realized — my body had been absolutely blown apart by gunfire while I was away. That was the game that inspired me to join the marines; we need to be the change we want to see in the world. I’m just glad we’re finally locking these fuckers up!”

Others thought that while maybe a light punishment was appropriate, soldiers not paying attention in war are not blameless victims.

“Look, I hate that shit as much as anyone,” said Nadia Nixon, an activist that has been outspoken about the international meetings to update the Geneva Conventions. “But they’re talking about sending people to Guantanamo Bay for doing a little camping. This is not who we are. Luckily if there are any Gulag situations, a lot of these guys are gonna have a decent shot at surviving the horrific conditions. But still, this is overboard!”

As of press time, a military tribunal was deliberating on the punishment for a soldier that used 300 rounds of artillery to draw a dick in the wall with his gun.