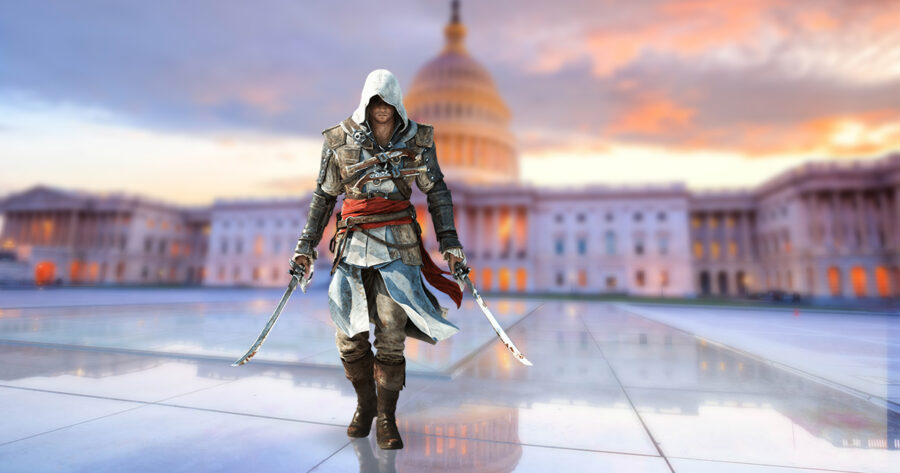 MONTREAL — Following the success of Assassin’s Creed: Valhalla, Ubisoft hinted that their next game would delve further into history than ever before, taking place in the distant era when Donald Trump was President of the United States.

“It’s our favorite thing about making these games, getting to explore times completely different than our own. We’ve done Ancient Egypt, Greece, the age of pirates, the Renaissance,” said a spokesperson for the developer. “But our next game will ask our biggest question yet: what was life like when Donald Trump was President?”

Pulling from their diverse team of various beliefs, sexual orientations and gender identities, Ubisoft hoped to make their depiction as accurate as possible.

“Of course we can’t know with certainty what it was like under Trump. Things are so different now,” said the spokesperson. “It was an era when racism ran deep in the American consciousness, a small group of wealthy people thrived on the backs of the poor, and a deadly pandemic spread unchecked across the nation. We’ve done our best to imagine it.”

Scholars of the era hoped Ubisoft would be diligent in their research, taking time to highlight the forgotten details that made it stand out.

“The game is gonna have Trump. It’s gonna have Steve Bannon, maybe even Sarah Huckabee Sanders,” said Carl Henderson, 35, an expert who has reviewed thousands of hours of cable news from the period. “But what about the pee tape? What about Russiagate? Do we get to meet Chris Hayes?”

Ubisoft refused to disclose any further details, promising only that the game would also include lots of present-day scenes that are boring and way too long.