NBA2K23 Update Lets You Feed Cash Right Into Your Console 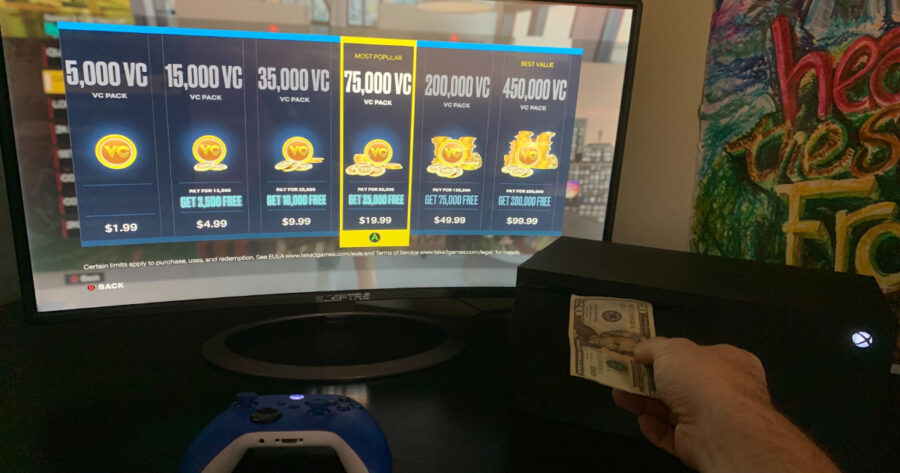 NOVATO, Calif. — A new update to 2K Games’ annual NBA2K franchise has introduced a remarkable new feature that will give your XBox X/S or PlayStation 5 the ability to accept cash for the game’s Virtual Currency, sources have confirmed.

“We think this is a feature the fans have wanted for a long time,” said David Ismailer, president of 2K Games. “Instead of using you or your parent’s debit or credit card to purchase enough VC to actually compete online or even just get a new pair of pants for your create-a-character, now you can simply feed cash right into the disc drive, and we’ll take care of the rest. Finally, the player’s prayers have been answered!”

Ismailer refused to further elaborate on the logistics of the process, insisting that many secretive patents were involved with the revolutionary cash-handling technology. Fans were excited to hear of the update that turned their console into a functioning acceptor of legal tender.

“This is great,” said Tyler Malone, a local NBA2K player. “The career and MyEras modes are a blast, but I really like the shopping component in the game, and especially the way they’ve combined everything into one big Virtual Currency. It’s so convenient that now I can just feed cash directly into my XBox. Hopefully soon there will be a way I can just dump my spare change in there too. Maybe get my direct deposit sent right to 2K games or something. That’d be dope as hell.”

Many in the gaming media also applauded 2K’s leap forward in taking-your-money innovation.

“NBA2K has once again shown its absolute devotion to fans by making it even easier to pay them some money at every opportunity,” said James Rourke, a gaming journalist for Forbes. “You have to admire a company that could release something as revolutionary as this year’s MyEras mode, which is a lifelong basketball fan’s dream game, but still do everything in their power to make sure you spend just as much time simulating the last four decades of NBA history as you do skateboarding to the Adidas store to buy some new socks.”

As of press time, 2K Games announced they were working on an update that would let you pawn your real life valuables for its Virtual Currency.