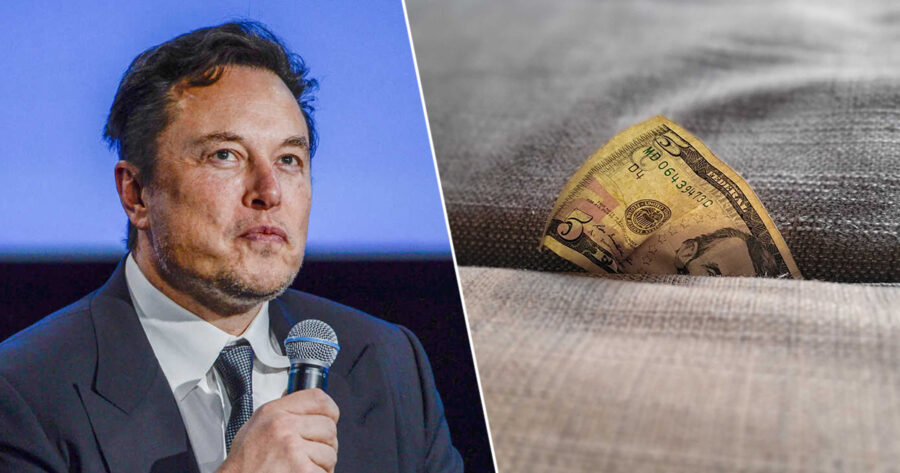 “I knew I could turn Twitter around in due time,” a grinning Musk said, holding aloft the crumpled bill. “This goes to show what one mind can bring to a project. I was rummaging through my new office, and lo and behold, in the crevice of my new chair was a new revenue stream that apparently my predecessor ignored completely. I’m not surprised, though, he doesn’t have my ingenuity or business acumen. People said that I would torpedo Twitter with bad ideas and half-baked initiatives, but we’ll see what my new friend Mr. Lincoln says about that.”

“Just when he’s backed into a corner by radical leftists, he finds a genius way to get himself out of it,” said Elon Musk fan page moderator Devin Miles. “Not to brag, but when I couldn’t pay for my parking meter last week, I implored a similar business strategy by looking in the center console of my PT Cruiser.”

Musk elaborated on what the new infusion into the company’s portfolio would be spent on.

“This is going to get us a long way, and I plan on using it to treat myself to a Subway sandwich to celebrate all my hard work,” Musk said. “But thinking about the future, as all businessmen must do, I’ll search and scour every now-vacant cubicle and office for change and bills.”

At press time, a nervous Musk reportedly canceled a meeting with Twitter stockholders after an office vending machine ate his new profits.