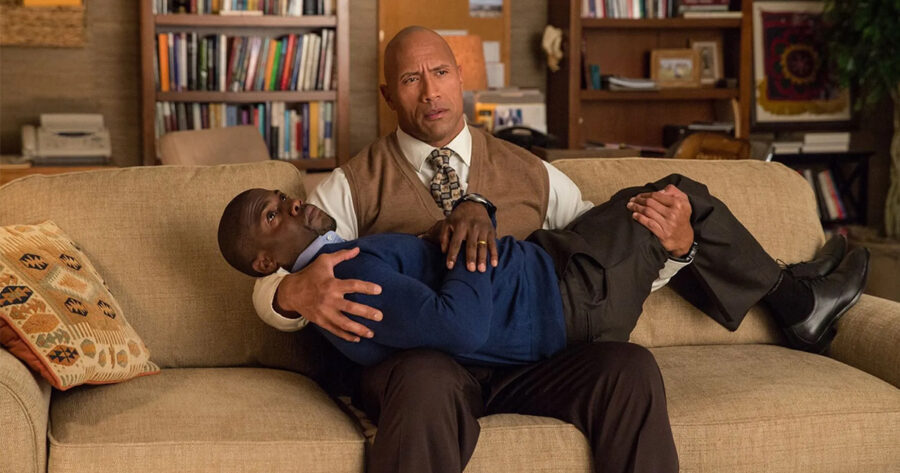 SAINT LOUIS, Mo. — Local theater patron Jack Whitlock’s film expectations were reportedly shattered by a new trailer that somehow achieved the feat of having both Dwayne Johnson and Kevin Hart in the same movie.

“Holy shit. Holy. Shit,” Whitcomb said, rising up out of his seat to applaud the trailer. “They got The Rock AND Kevin Hart? How did they do that? Not only are they the two funniest comedy stars to ever live, but they also notoriously feud on social media! How did they get these two titans of cinema to bury the hatchet and get into wacky hijinks side by side? I don’t believe it. I literally cannot believe it.”

Whitlock apparently had a further epiphany later in the trailer upon realizing that the film would acknowledge that Hart and Johnson are different sizes.

“It’s all so clear now,” Whitlock said. “Hart is small, but The Rock is big. You’d think this would never work, a futile effort only a fool would attempt. But to lean into it? Find humor in the two leading men being not the same size? This auteur angle would rattle even Kubrick himself. Jokes about Kevin Hart being The Rock’s son, a line about The Rock’s bicep being larger than Hart’s head, maybe a gag about their genitals being of differing width and length, these are merely a few of the infinite possibilities presented by this cinematic playground.”

At press time, Whitlock had reportedly been rushed to the ICU after going into shock from seeing the film’s poster where The Rock holds Kevin Hart in his arms like a baby.