Mortal Kombat 11 DLC Pack to Include Sheeva, RoboCop, and Dewey From Malcolm in the Middle 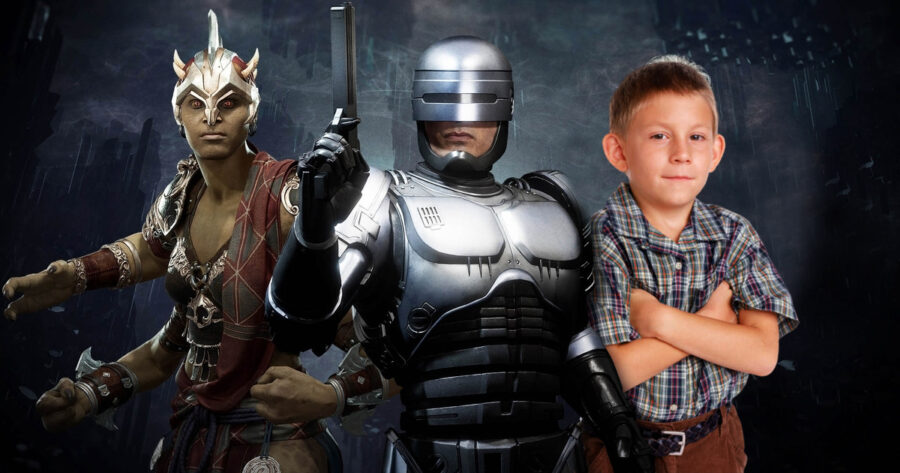 CHICAGO — NetherRealm Studios announced the next set of fighters coming to Mortal Kombat 11 today, a collection that will see the series continue to embrace and welcome characters from other pop culture worlds with the addition of Robocop, the titular vigilante cop from the 1987 cult classic, and Dewey, the youngest sibling in Fox’s 2000-20005 sitcom Malcolm in the Middle.

“Really excited about these new fighters,” said Ed Boon in a Facebook live chat today, following the reveal of the DLC addition to MK11. “We’re really happy to get Sheeva back in there, as a nod to fans that have been with us for decades. RoboCop is a no brainer, with this penchant for justice and violence. And Dewey, well, I know it seems strange, but wait until you get a load of what this kid can do.”

Dewey Wilkerson, played by Erik Per Sullivan for seven seasons, was the youngest member of the family (up until season’s four introduction of the Jamie character), and as such was subjected to a lifetime of neglect from his parents and torment by his older brothers. These emotions, coupled with a series of foreign objects hidden in his ears, will see Dewey able to contend with anyone in the tournament.

“Sure was tough to keep a lid on this,” said Sullivan, of his return to the role he is best known for. “We did mostly punches and kicks and stuff, not a lot of dialogue, but it was still a real thrill to step back into the part that made my career. Can’t wait for fans to see Dewey Wilkerson on that character select screen next to Lui Kang, Shang Tsung, and The Terminator!”

The trailer concluded with a sneak peak at several of Dewey’s fatalities, with one featuring him trying to set up an elaborate Rube Goldberg machine before it ultimately topples over and crushes the opponent.