Mom Has Phone Font Set to One Letter Per Screen 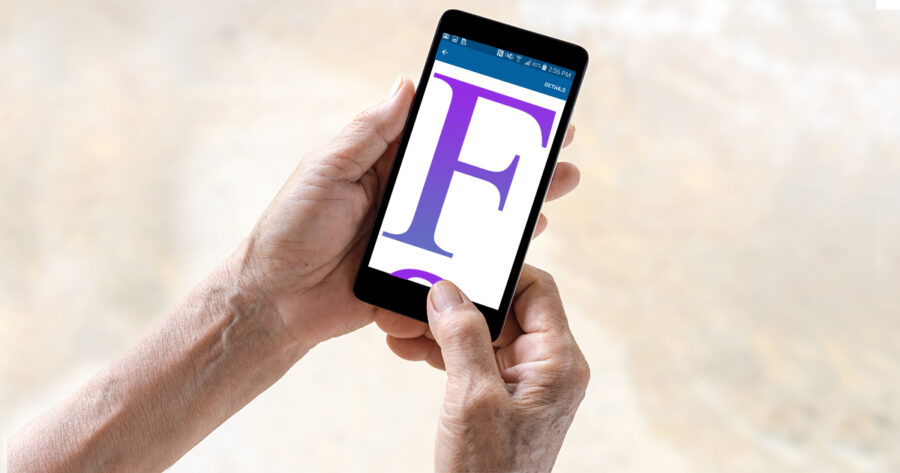 METUCHEN, N.J. — After months of struggling to read her iPhone 7, local mother Deborah Freidhof finally adjusted the font size to show one letter at a time on screen.

“This is such a relief! My eyes were straining so badly I was getting migraines,” said Friedhof as she read a Washington Post article by scrolling through individual letters as though they were part of a lengthy slideshow.

Several members of Friedhof’s family did not share her enthusiasm. One of her children even reported being “embarrassed” by the change.

“My friends see her looking at these big block letters and think she’s doing some kind of eye exam,” said high school freshman Jane Friedhof, Deborah’s daughter. “But then again, Dad wears that hideous iPad belt clip everywhere, so I guess I should count my blessings.”

Conversely, medical professionals seemed to be in consensus that Friedhof’s decision was common for a person her age.

“Once a person turns 40, something shifts in their neurological makeup that makes them seek out the largest font sizes possible,” claimed Dr. Sunil Chandra, a neurologist with John Hopkins University. “We don’t know why this is, but MRIs suggest it affects the same part of the brain that makes patients over 40 tell the same stories over and fucking over again.”

According to those close to her, Friedhof’s tumultuous relationship with technology does not end with her font choices.

“Deborah is the only person I know who still clicks spear phishing links,” said Gina Hall, a family friend. “Her emails go straight to my spam now because it’s literally always a phishing scam. I can’t even imagine what her inbox looks like.”

At press time, Friedhof took to Facebook to post “HAPPY BIRTHDAY DOUG!!” as a status without tagging anyone.