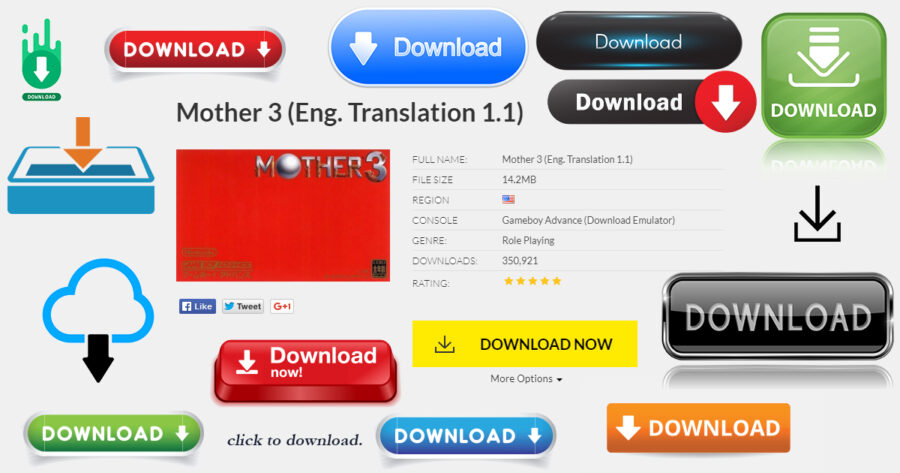 INDIANAPOLIS — Shortly after discovering the historic site which was perfectly preserved beneath 12 pages of Google search results, ROM Archaeologist GBoyy87 narrowly escaped with his computer intact last week after attempting to retrieve a copy of Mother 3 from an ancient Russian ROM site.

Being an experienced ROM hunter, GBoyy87 knew that the file would be hiding near the bottom as a plain blue hyperlink that said “Download.” Ignoring the flashy distractions, he slowly and carefully moved his cursor to click the link.

Unfortunately, at the very last second, sources said that a large pop-up ad for hot singles in his area finished loading, shifting the whole page downwards by five inches and forcing the cursor to click the largest and gaudiest button.

Those familiar with the situation said that although GBoyy87 tried to cancel the download of the file “Mother3_(USA)_DOWNLOADER.exe,” his path was blocked by dozens of popups that made it past his ineffective browser addon. Taking a leap of faith, GBoyy87 smashed the off switch on his surge protector, just barely in time to avoid certain hard drive death.

Following the close call, GBoyy87 was reportedly angry to have lost the chance to preserve the ROM, telling sources that the game belongs in a museum, or at least on the 3DS Virtual Console, or on a Switch re-release, or something.