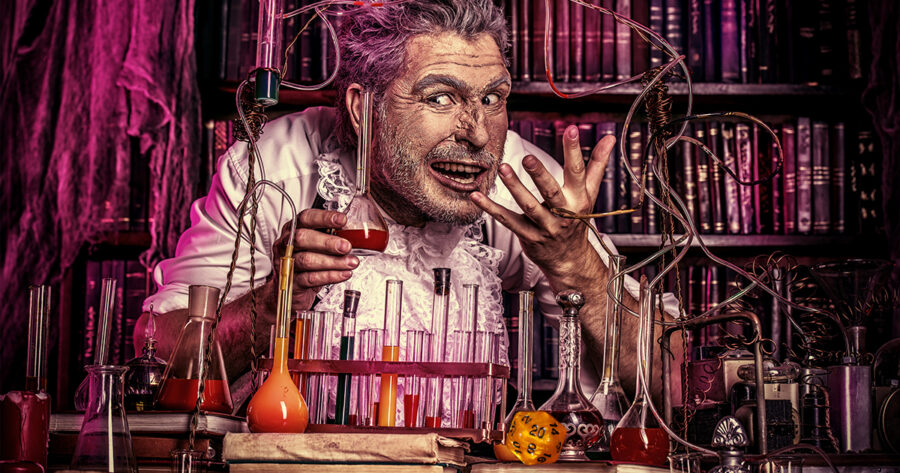 SHEBOYGAN, Wisc. — In an act of hubris that defied the very laws of nature, avid D&D player and modern-day Dr. Frankenstein Ross Fleischer homebrewed people to run adventures with.

“I know what you’re thinking, but this was so much easier than finding people to play with,” said Fleischer. “Real, flesh-and-blood players are so flaky, and everybody in my friend group has basically abandoned me since they all got married and had kids. My… creations would never cancel on a session because their ‘husband’ had to ‘go to the hospital.’ I’ve homebrewed monsters, classes, and entire races before, so why shouldn’t I be able to create monstrous facsimiles of human life?”

Then, the contemporary Prometheus walked over to a table covered in the vile detritus of 5th edition character sheets and D6s.

“It was difficult at first, but my failures didn’t deter me. They made me stronger,” Fleischer said with an unhinged giggle. “My first homebrewed player had an obscenely high Luck stat and rolled too many nat 20s. My second was proficient with smartphones, so she browsed Instagram whenever her character wasn’t doing anything. My third had the ‘sporty roommate who’s only playing to be polite’ background and ghosted me after the opening session. I do not know his whereabouts.”

“But my fourth was a huge breakthrough. He has a negative ‘argue with the DM’ modifier and the ‘Guilty Conscience’ class feature — which means he can always be convinced to play a session with me even when he’d rather watch TV.”

Although Fleischer refuses to comment on his future creations, recent strikes of lightning seen around his Sheboygan apartment seems to indicate the arrival of a homebrewed cast of creatures to populate an entire D&D podcast.