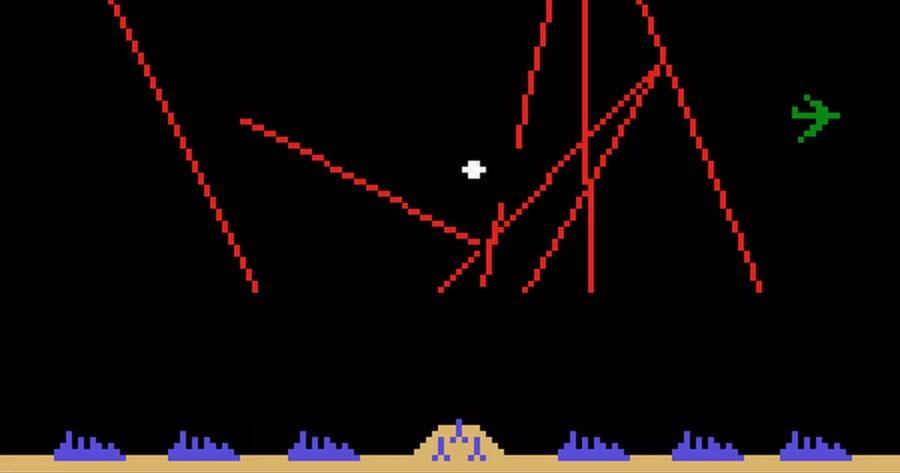 SUNNYVALE, Calif. — Retro gamers applauded the surprise announcement of a modern, realistic reboot of Atari’s Missile Command series that ties the games to a controversial Ally in the Middle East.

“Modern gamers want modern realism. That’s why, with our new Missile Command, we’re introducing them to the economic realities of Raytheon and Lockheed Martin arming genocidal conflicts around the world,” said the Atari press release.

The reboot promises to recapture the fast-paced precision missile-on-missile arcade gameplay of the original, with the added feature of letting players sell unused munitions to the Saudi regime for a hefty profit.

“The gameplay follows the challenges of the arcade classic,” the press release continued. “How many missiles can you shoot down? How many cities will you save? How many MIM-23 and MIM-104 Patriot systems can you auction off to Crown Prince Mohammad Bin Salman Al Saud so that he may protect his kingdom from Houthi forces? How many of your sold missiles will be used on civilian weddings and school busses? Find out this summer!”

While the reception has generally been positive, some disagree with the series’ new direction.

“I play games to escape politics,” said Reddit user ArcadeBoy241. “New graphics would have been enough.”

Asked about the criticism, lead designer Grant Columbus said, “this new game is actually in line with the true-to-life realism intended by the original. [Atari] wanted to have this feature in the 1980s but we just didn’t have the RAM back then. That said, we are including some more fantastical options.”

Among the added options is an unlockable “What If Hillary Won?” mode, allowing players to reprimand Saudi Arabia for its role in the 9-11 terrorist attacks and the extrajudicial murder of dissident journalists before still selling them the missiles.

Looking to the future, Missile Command may be the first in a vibrant return of other realistic arcade classics. Rumors are already circulating of a new Tetris based on Russian foreign policy, where players use their blocks to build walls around Syria, entrenching the Assad regime.