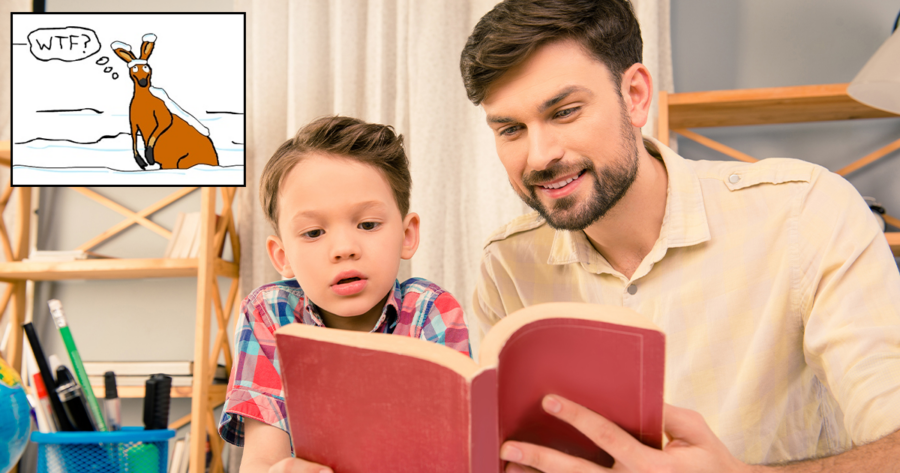 MACUNGIE, Pa. — Local millennial father Gunther Jefferies, 35, decided today that it was finally time to sit his son down and introduce him to the Newgrounds Flash cartoons and AlbinoBlacksheep games that kids considered poggers back in the day, sources confirm.

“Homestar is 8 now, which means he’s old enough to appreciate the things that were considered based back when I was surfing the net,” said Jefferies while cracking open an old laptop containing a folder of original bold impact-font memes from his SomethingAwful days. “That’s how old I was when I first saw a cartoon walrus get brutalized with a Weedwacker while a crew of elves freestyle-rapped about it in the background. It’s a nuanced sense of humor, but it’s definitely the same sensibility that these Twitch streamer kids have today!”

The doughy millennial dad continued gleefully listing the many favorites of his adolescence while giving his son a tour of his old meme page bookmarks.

“Canine Arson, Mario and Luigi Meet Tupac, The Midget Murders, Hot Air Balloon {redacted}, Bloody Gerbils, Ghetto President, Nursing Home Nymphos, Who Saw That Swamp Donkey?, Fat Paratroopers, Toddlers From Under The Bridge, Psycho Parakeet, and Radioactive Daycare are just a few that we watched this afternoon,” Jefferies said in a single huge breath. “All of which had him LULing, by the way.”

Despite his father’s efforts to create a sense of cultural connection, Jefferies’s son Homestar did not speak overly enthusiastically of the videos.

“I can’t believe how much senseless gore and shocking racism there was in online content back then,” said Homestar Jefferies, furiously erasing the cookies and history of his browser following the session. “Although I will say the game feel on that one Newgrounds game where you make a schizophrenic man put cats in the washing machine really holds up.”

At press time, Jefferies said he was looking forward to connecting with his son even more over his favorite dank YTMNDs when he’s mature enough to appreciate them in a year or two.