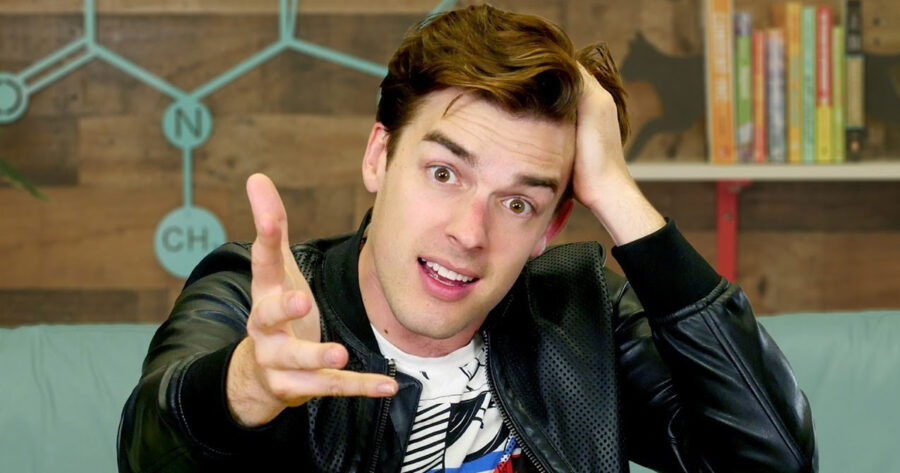 NEW YORK — YouTube personality and Game Theory channel creator Matthew Patrick, a.k.a. MatPat, was recently driven mad by the one unsolvable indie game that murdered his partner eight years ago and went free.

“DAMN IT! WHAT DOES IT MEAN?” screamed MatPat, throwing a stack of papers from his desk in a dimly-lit room. “It just doesn’t add up. I’ve been trying to solve this seemingly-cute children’s indie game for almost a decade and nothing. I have to track this bastard down before I retire or I’ll never be able to sleep at night. I’m going to avenge you, Winslow. I’m going to solve the subtle lore of this sick son of a bitch if it’s the last thing I do.”

The creator of the cryptic indie game has been messaging MatPat for years since his trail ran cold.

“You could have saved him, Mr. Theorist. I gave you all the clues,” wrote the killer in a taunting YouTube comment. “I am demanding that Steam put my game on the front page this Friday or I will kill five more people. That is, unless you can stop me Mr. Theorist.”

“I spend all my time poring over screenshots, walkthroughs, looking for anything I could have missed,” a gaunt, unshaven MatPat said. “I can’t get it out of my mind. I’ve looked at every sprite, every different ending, and nothing. Winslow said he had a lead on the case, and I haven’t seen him since that rainy Halloween night he disappeared. I have to figure out what he knows. I only have enough clues to make a seven minute video, and I need to stretch it out to ten.”

“I don’t think you’ll ever catch me Matthew,” the killer’s note concluded. “But of course, that’s…just a theory.”