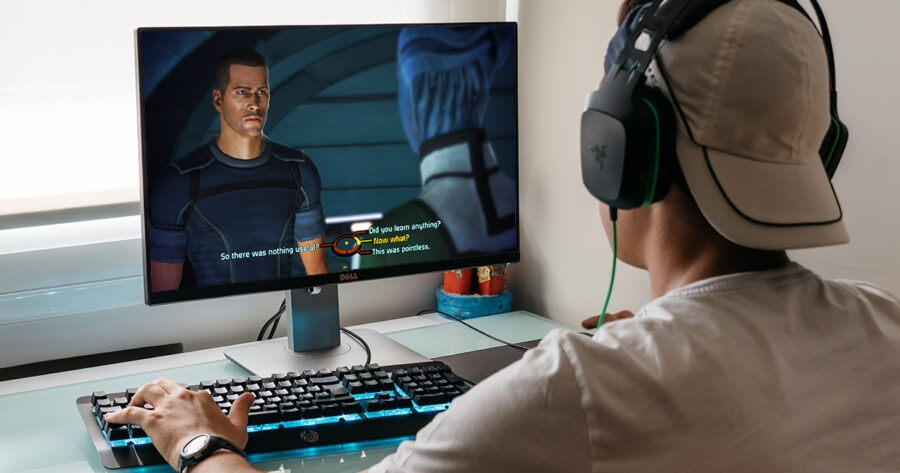 RIVERTON, Wyo. — Avid Mass Effect fan Martin Shore plans to opt out of voting in the upcoming 2020 presidential election, citing skepticism that his choice will ultimately have any impact on the ending of the race.

“Look, I’ve been down this road before,” explained Shore, a former Bioware fanatic who put countless hours into the original Mass Effect trilogy. “They tell you every choice you make matters, but then you finally reach the ending and guess what? You get the same shitty outcome no matter what. I’m not putting myself through that again, no way.”

While Shore said that he usually “votes Paragon no matter who” in every decision, he expressed frustration that America keeps getting the Renegade ending every time.

Representatives from Bioware rejected his criticism, insisting that there were significant differences between the games and United States electoral politics.

“Frankly, I resent the comparison between Mass Effect and the American political system,” Mass Effect director Casey Hudson explained. “Shit on Mass Effect 3’s ending all you want, but at least it was possible to achieve a peaceful resolution. Try even getting an ambiguously happy ending this November.”

Shore only became more jaded after reading a walkthrough of each candidate’s platforms. While he admitted that each candidate’s path looked different on paper, he was baffled that their approach to issues like health care was virtually the same despite different dialogue options.

“Listen up Jack, I ain’t like that other guy,” presidential candidate Joe Biden pleaded over a Zoom call with Shore. “Trump would sacrifice our closest allies to destroy our enemies, that’s just the facts. But me, I’m gonna take control of threats like police violence by creating a stronger police force in our country. You better believe that’s going to keep America safer for Black Americans, pal.”

Despite persuasive arguments from both Biden and Trump, Shore still planned to skip the polls and instead complain about the result online later, in hopes that the government would eventually just retcon the ending anyways.