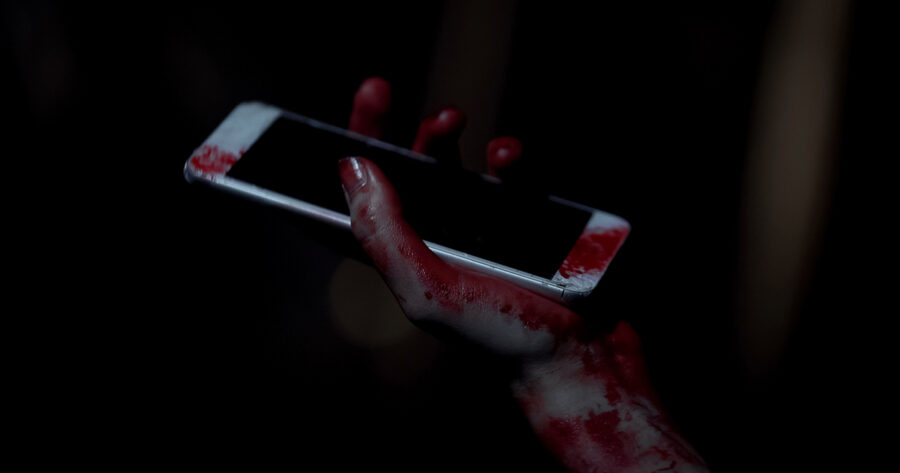 DALLAS — Local sophomore Beth Murray wishes the masked killer tormenting her with scary phone calls would just text like a normal person, according to sources.

“I don’t love getting death threats each Halloween from a deranged killer, but at least don’t be a dick and make me answer the phone,” said Murray, who immediately declined the call and texted ‘who this’ to the number. “If you absolutely have to tell me how you’re going to kill me and wear my skin as a suit, just have the decency to shoot me a quick text. I’m pretty sure there’s emojis for that.”

“Beth spends more time complaining about the killer phoning her than about the fact that there’s a homicidal maniac who wants her dead,” said sorority sister Rose Kieran. “We get it, Beth. Nobody likes receiving calls anymore. Everybody knows you have to be a monster to call someone without warning unless it’s seriously an emergency. But there’s a masked lunatic watching her through the window every single night. She should focus on that.”

When reached for comment, the Masked Killer chimed in with his side of the story.

“This generation is the worst,” explained the psychopath while hiding under the porch. “Things used to be so much easier before smartphones, when we were able to anonymously terrorize entire sororities with a simple phone call. My job is hard enough, trying to evade the police and go unnoticed by guard dogs. I don’t need these kids complaining about how I do it. Maybe stop criticizing my methods and start fearing for your life, because I’m about to break into your house if you’d just answer the phone. Shit, she just blocked me. What the fuck do I do now?”

At press time, Murray was overheard complaining about muddy footprints the killer tracked onto her new patio rug, which she had to wait ‘like forever’ to get from Target.