Ring Fit User Hates How Crowded Adventure Gets in January 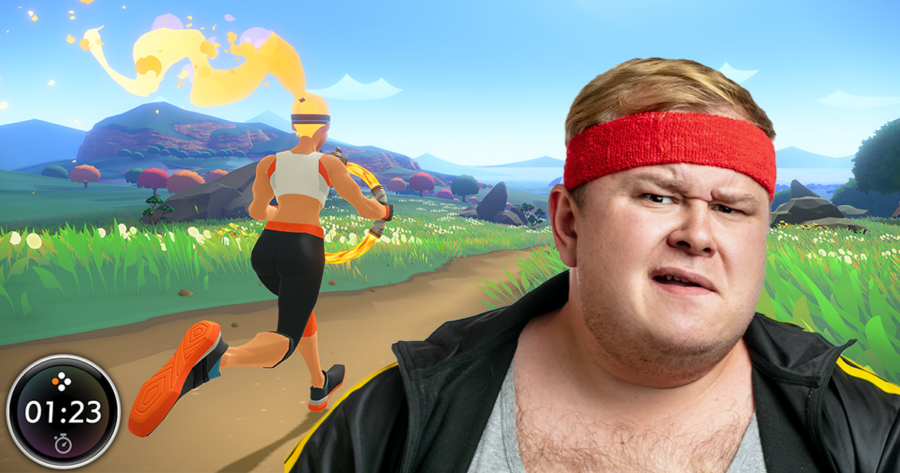 “I’ve been playing Ring Fit Adventure, or just RFA as we call it, since my mom gave it to me as a Christmas gift well over a week ago,” said Remington, rubbing chalk on his hands before beginning a play session. “Now these stick-armed little herbs are coming in here with their ‘New Year’s Resolutions’ and crowding up the place. They won’t last a month.”

Remington insisted that Ring Fit Adventure was not a casual game where people have fun and be more active, but instead an extremely serious place for challenging the limits of the human body.

“Ring Fit is a calling, not a hobby,” said Remington, displaying a tattoo reading ‘Ring RATZ 4 Life’ on his bicep. “When I hear about these girls in yoga pants, playing a half hour every day or two, sometimes with friends, feeling good about themselves and getting healthier in the process, I want to be sick. It’s pathetic.”

In addition to questioning their “drive” to maximize their Ring Fit Journey (RFJ), he also claimed new users rarely follow the correct protocol when playing.

“I heard there are people who hook their fingers around the ring when they’re playing the games. Not only is that dangerous for their health, but it shows everyone that they don’t even know what the fuck they’re doing,” Remington said, chugging a protein shake and putting on 70s classic rock. “Now excuse me, I gotta put in my morning Ring Reps before the slackers get in there.”

Remington refused further questions and started a Ring Fit session, before reportedly getting bored after 5 minutes and switching to Smash.