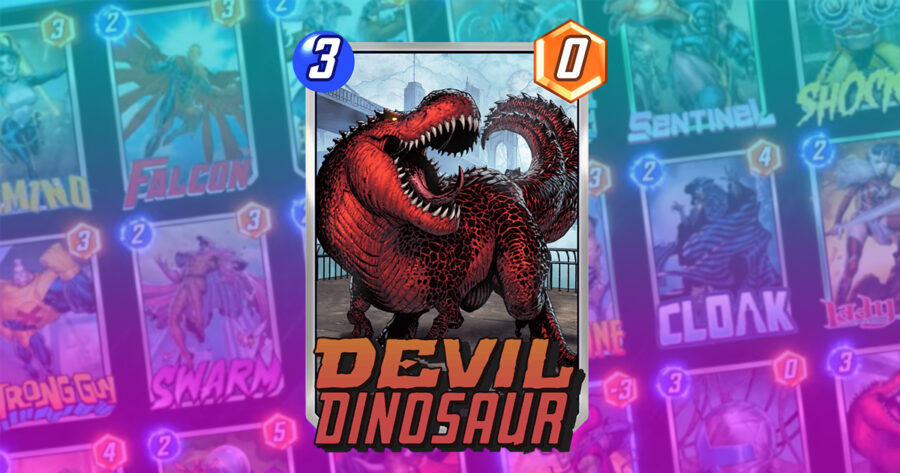 BURBANK, Calif. — Marvel Studios has rushed a movie into production based on the obscure Devil Dinosaur character due to its popularity in the newly released Marvel Snap digital card game.

“We’ve seen the player data and it can only mean one thing,” said Kevin Feige, president of Marvel Studios, about the card’s popularity in Marvel Snap decks. “The audience has fallen in love with the Devil Dinosaur IP and therefore we absolutely must get a movie and possible spin-off TV show released just as soon as we can nail down the director and principal cast.”

“And before you ask, yes Moon Girl will be there too,” he added. “What’s that? Moon Boy? Sorry, never heard of him.”

Despite Marvel’s anticipated reception, fans were largely underwhelmed at the announcement.

“Okay don’t get me wrong, Devil Dinosaur sounds cool as hell, whatever it is,” said Nick O’Neal, a Marvel Snap player who’s got a pretty good Dino Control deck going these days. “But I’ve never heard of him before this game and honestly they should’ve made that movie five years ago from the sounds of it. You’re telling me I had to sit through Eternals and Thor 4 while you’re just sitting on Devil Dinosaur from an alternate universe known as Dinosaur World? Fuck you guys, man.”

The project has hired a screenwriter, who’s reportedly had some trouble getting started on the script.

“It’s sort of a challenge because I don’t have a lot to go by here,” said Kelly Hanlon, who’s written episodes of several recent Marvel shows. “When I asked about source material they just said some confusing things about having cards in your hand? Oh, and then they said I had to write a couple scenes with Namor kind of standing around, not really hanging out with anybody. Those have been really hard scenes to write. There’s no way this movie works, right?”

Devil Dinosaur is expected to be released late next year. As of press time, Snap players collectively cursed out loud when a new rumor suggested that Hobgoblin would appear at the end of the film.