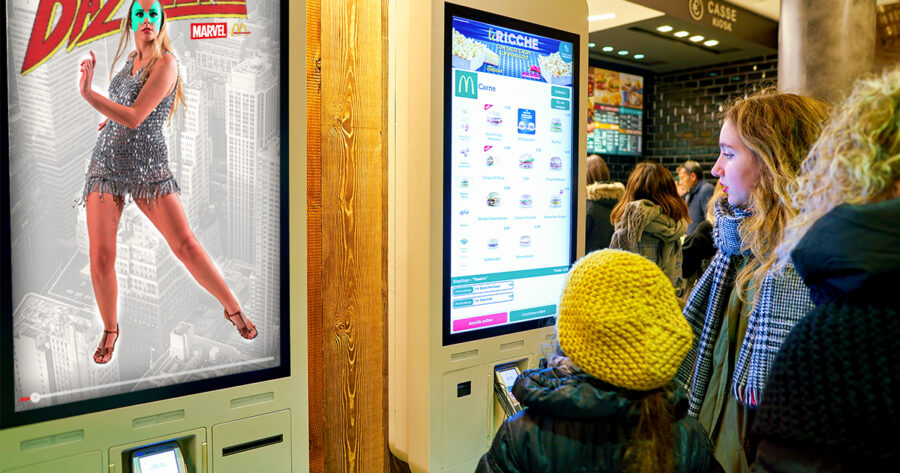 LOS ANGELES — On the heels of well-received launches of Marvel shows on Netflix, Hulu and Freeform, Marvel revealed it would be bringing its next series about the superhero Dazzler exclusively to the giant ordering tablets at McDonald’s restaurants around the world.

“At Marvel, we are always looking for new platforms to dump our television shows that will never have any impact on the Marvel Cinematic Universe,” said Marvel executive Jeph Loeb at a press conference, “And McDonald’s — a place that already features nothing about consumable garbage — seemed like the perfect venue for our newest series, Dazzler.”

According to Loeb, the series will star a virtually unknown actress, who was discovered when Loeb saw her ordering at a Hollywood McDonald’s kiosk and realized how the two could fit together. The series will also feature extensive branding tie-ins with the fast food giant.

“In a first for branded content, not only will McDonald’s products be featured in the show, but we will be going a step further and having the Burger King himself be the villain of season one,” Loeb revealed to reporters. “However, no Marvel characters will be mentioned by name. Instead they will be referred to in weird cryptic terms like ‘The Green Guy’ or ‘The Flag Man’ for no other reason than because we have no respect at all for our television viewing audience.”

Loeb presented an exclusive clip of show, which featured Dazzler beating one of the Burger King’s henchman to death with a twenty piece chicken nuggets and drowning another in a vat of the Big Mac Secret Sauce, all in a hallway in the back of an Arby’s.

According to sources familiar with the project, Marvel plans to release all six episodes of the series at once on McDonald’s ordering kiosks around the world, as well as six filler episodes that will play chronologically in the middle, but will have little to no impact on the ending or character development of the show. Furthermore, to fit the size of the kiosks, the entire series will be filmed in vertical mode on a cellphone.