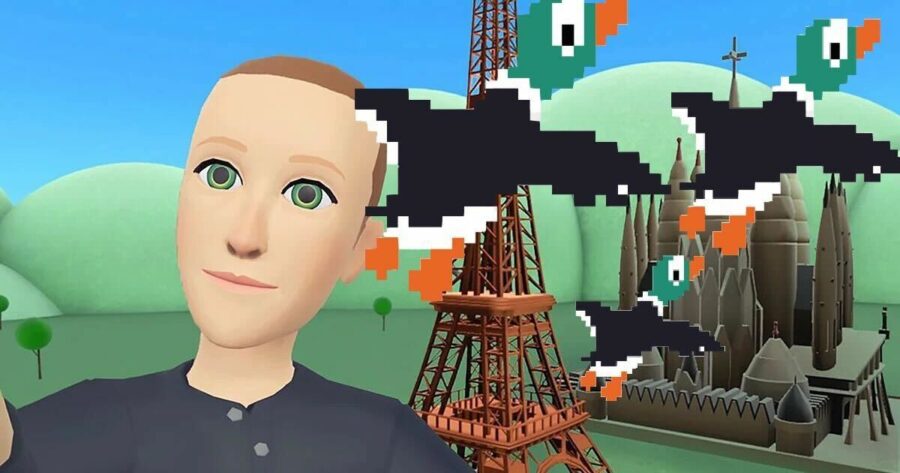 Mark Zuckerberg announced a lucrative partnership today with several software programmers that will reportedly see the integration of very lifelike ducks into the Horizon Worlds platform.

“We’ve got to stop letting Mark make these deals,” said a concerned Facebook executive who asked to remain anonymous for fear of repercussions. “Some kids got a hold of his phone number and in what was clearly a prank call suggested they could sell him some pretty amazing duck assets for a cool 10 figures. Mark gets so excited about this stuff, he just couldn’t agree fast enough. He wasn’t even put off when the thing showed up on a floppy disk. If I don’t miss my guess, I believe my boss has severely overpaid for a series of decades old jpeg files. Jesus Christ.”

“Wow, it looks like that video game from 40 years ago,” said Meta employee Brandi Moore, while using her company issued Meta Quest headset to view the new ducks. “I’m only in here because we get in trouble if we don’t use this shit for an hour a day, and wow, what exactly is the appeal here? These ducks look like shit, and even if they looked great, why is he pivoting the future of his dominant social media company on virtual ducks? It makes no sense.”

“10 more minutes and I can leave this shit and play some Beat Saber,” she added, checking the stopwatch on her phone.

Though many within the corporation were skeptical of the fowl acquisition, the CEO of Meta remained optimistic.

“Bringing these realistic ducks into Metaverse Horizons is just the beginning,” said Mark Zuckerberg, who recently laid off 13% off his workforce after having sunk an estimated 100 billion dollars into Meta’s new direction. “Imagine if we were to simulate hunting these realistic ducks with some sort of an in-game weapon. We think this is something we might be able to offer users in the next five to seven years. Hunting Ducks with Mark Zuckerberg. What do you think? Sounds pretty fun, huh? I think made a really good deal on this one.”