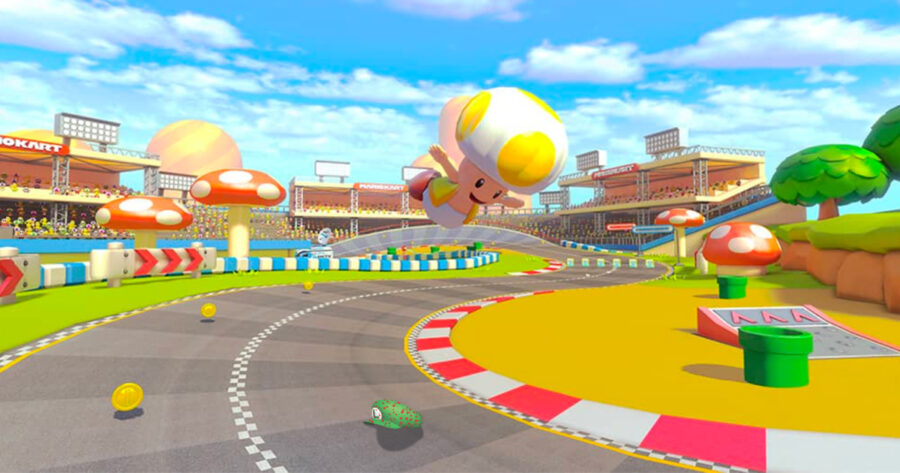 MUSHROOM KINGDOM — Mysterious tragedy ensued today when famed kart racer Koopa Troopa woke up today after a hazy night of drunk driving to find a bloody Luigi cap in the grill of his kart.

“Just let me think, JUST LET ME FUCKING THINK,” panicked Koopa Troopa, fishing the ominous red-splattered cap from the front of the go-kart. “Okay, okay, um, this is bad. I don’t even remember anything about last night. I had some drinks with the other racers after our big Grand Prix, but I don’t recall getting home. Oh, God. I fucked up. I fucked up, man. It’s okay, I’m gonna be fine. I have to get rid of this thing and try to retrace my steps. Besides, I’m a celebrity. A Mario Kart fucking Racer. I can beat this, just have to get my story straight.”

“I tried to take his keys but he was relentless, he threatened me,” Shy Guy said. “I’m bad at confrontation so I let him get behind the wheel, whatever we did I’m partially responsible.”

“My brother, he didn’t come-a home last night,” trembled Mario. “I’m-a scared, he never does this. He said he was gonna walk home but I woke up and he’s not-a here. I’m sure he’s-a just out golfing or playing baseball.”

At press time, horrified onlookers reported seeing a bloated, overalls-clad corpse be pulled out of the coast of Cheep Cheep Beach by Lakitu.