Marine Throws Away Magazine With 29/30 Bullets Just In Case 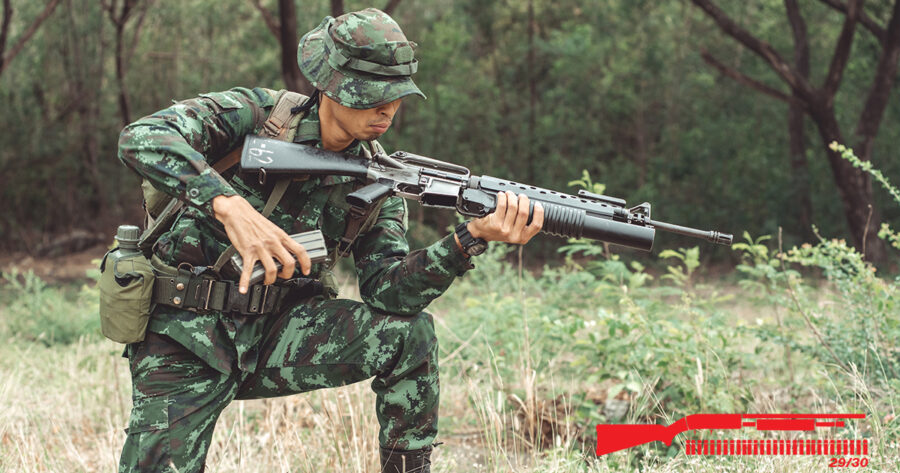 KABUL, Afghanistan — Journalists embedded with a U.S. Marine unit in Afghanistan have recently uncovered millions of dollars in wasteful military spending due to excessive reloading by soldiers, even when they have fired only a single bullet.

Reporters were working on a story about Private Ethan Johnson, 19, on his first deployment when they witnessed him and other marines throwing almost-full magazines on the ground.

“When the TTK [Time to Kill] is so low, every bullet counts,” Johnson explained. When pressed further, Johnson responded with hostile confusion. “What’s your problem, I have 300 bullets right? I shot one and reloaded, so now I have 299 bullets and a full clip. That’s fucking military math, bitch. Have you ever played Halo?!” Our reporters were unable to continue this line of questioning, as Private Johnson got into a heated debate with a fellow Marine over whether he should have said clip or magazine.

“That’s just how the military budget works,” said high-ranking General Robert Cotick in a phone interview. “It’s not wasteful, the whole military-industrial complex is built like this. We have our standard army expenses and that costs some money upfront, and then we can opt to buy additional equipment for, say, 5.99 million. Ammo is nothing, you find it on the ground, who cares?” When asked why there was ammo on the ground, General Cotick replied, “Because the boys threw it there when they reloaded before. It’s military ingenuity at it’s finest.”

Unfortunately, Private Johnson was killed in the line of fire two weeks later when he attempted to hijack an enemy fighter plane and was thrown roughly five hundred feet across the battlefield.