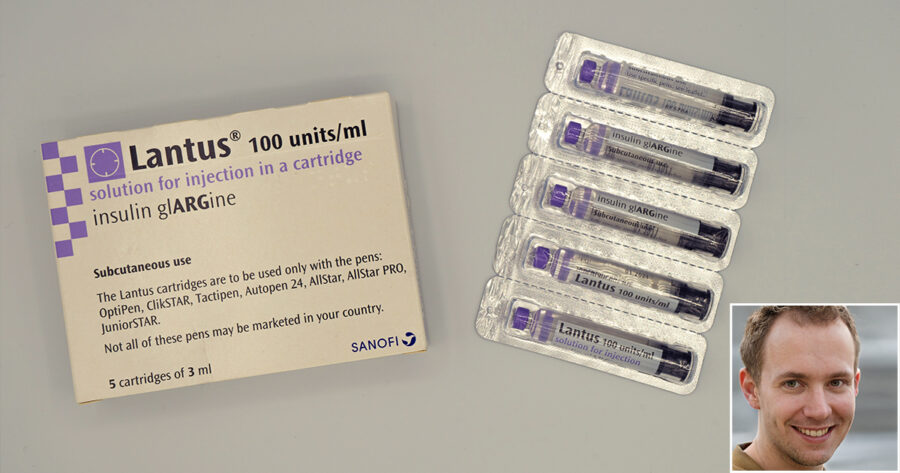 SEATTLE — Local man Henry Spencer reportedly did want to open an insulin package for fear of ruining its collectible value this morning, putting him in a diabetic coma, according to those close to the situation.

“Usually I buy double insulin, and I have one to open and one to display, but this week I mistakenly only ordered one,” Spencer said. “The insulin prices keep going up, and I don’t want to ruin the mint condition insulin I have just because I need it to survive. Who knows how much I could get for this stuff selling it online!”

Spencer’s physician, Dr. Dan Tillman, commented about this practice among his patients.

“I can’t believe I actually have to tell you to take your fucking insulin,” Dr. Tillman said. “Every time I prescribe this guy something, it ends up on an Ebay auction within the hour. Do you know how difficult it is for people to get insulin in the American healthcare system? It’s very difficult! Take your insulin, Henry!”

Spencer commented further about why he never opens his medication

“When I was a kid, I had all those Star Wars figurines, and I played and played with them and had the time of my life,” Spencer said. “I definitely won’t make that mistake ever again. If there’s ever a huge nostalgia market for insulin, I’m going to be a very rich man, which is good because I’ll probably need a lot of expensive surgeries from not taking my insulin. But I’m not worried, I’m going to live forever.”

At press time, Spencer had unfortunately passed due to pancreatic complications, but he left his widow with his prestige insulin, which recently received a PSA rating of 9.5