Man With Space Invaders Tattoo Can’t Even Name One Character 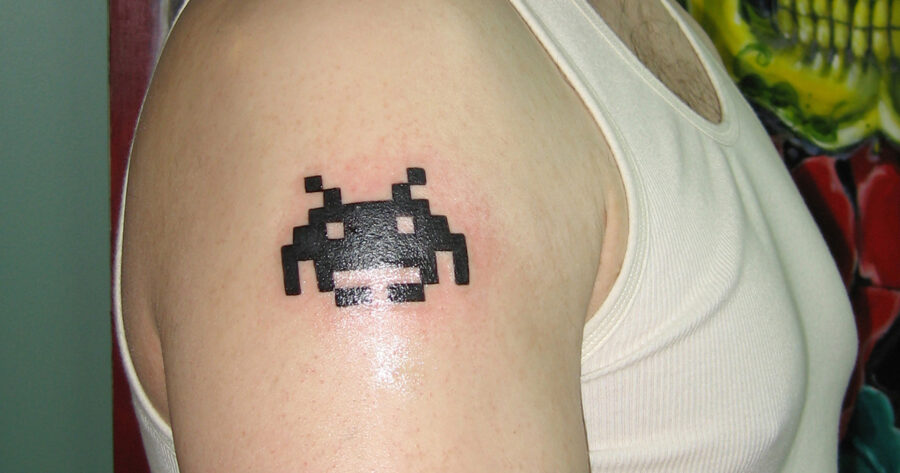 ALBUQUERQUE, N.M. — A man with a tattoo depicting an enemy from the influential shoot ‘em up game Space Invaders was chastised recently for not being able to name any characters from the iconic title.

“I fucking knew it as soon as walked in here,” said Phillip Pugh, who was inside the Intergalactic Comics store when Tyler Murphy walked in with a prominent tattoo on his arm depicting one of the aliens from the classic Midway shooter. “I knew he’d completely front like he was a huge fan of the series, but he couldn’t name a single character. Not to mention the fact that he was shockingly unfamiliar with the extended series he claims to love soooo much. He’s never even played Super Space Invaders ‘91 on the Taito Legends 2 PS2 compilation! I’m so sick of all these fake ass gamers coming in here.”

When asked if he was able to pass the test that Murphy had so clearly failed, Pugh reminded reporters that his credentials were not the ones being questioned.

“I don’t have to name a character,” Pugh said, when asked if he was able to. “I am not the poser misrepresenting my level of fandom by etching something into my skin. If you want to be a fan of something, it is your responsibility to know every fucking thing about it, unless of course you like being absolutely schooled and revealed as a fraud, of course.”

One local tattoo artist insisted that a competency in the subject or property one is getting a tattoo of is of the utmost importance.

“Yeah, whoever gave him that should lose his license, if you ask me,” said Dawn Cutler, who owns and operates a shop in Albuquerque. “That is why every time someone wants a pop culture tattoo, I administer an exhaustive test to make sure they are well studied on it academically and that it’s not just, you know, something they liked as a kid or something. We have a responsibility to our customers.”

As of press time, Murphy revealed that his tattoo was actually of a Mooninite from the Aqua Teen Hunger Force television series. Pugh was last seen being asked to buy something or to leave Intergalactic Comics.