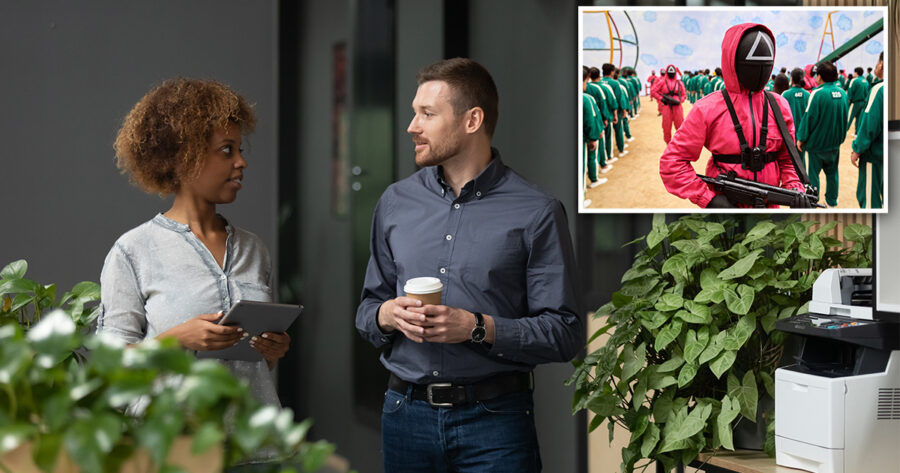 TULSA, Okla. — Local man Brandon Cary, who in a moment of panic lied about having seen the acclaimed Korean drama ‘Squid Game,’ suddenly found himself in a deadly, high-stakes workplace conversation.

“Before I knew it, I was fighting for my life conversationally, I was already in way too deep,” Cary said. “Why did I even lie? I had nothing to gain, but it was way too late. I was lying about characters, twists, and actors. I made a huge mistake and said that my favorite character was ‘the Korean guy’ and now they’re very suspicious. Oh, why didn’t I just watch the show? I hear it’s great! Now I’m trapped in a tense game of cat and mouse, with everything to gain and everything to lose. Maybe if I can pull this off by the skin of my teeth my coworkers will like me, and talk about things I actually like.”

Cary’s boss Paige Allen commented on the incredibly high stakes of the conversation.

“If he’s lying, he’s going to be leaving here in a bodybag,” Allen said. “I can tolerate not watching it, but not lying about it. If he’s a liar, and I recommend something else like ‘Midnight Mass’ or tell him to check out ‘Better Call Saul,’ how will I ever know if he actually will or not?! It is tricky to tell, though, because there have been enough memes circulating for people to get a general plot, and I have trouble remembering some of the names and aspects myself from binging it so quickly, so this will come down to the wire.”

At press time, Cary made an unfortunately fatal mistake in a heated conversation about the show when he mentioned offhand that he “really likes the squids.”