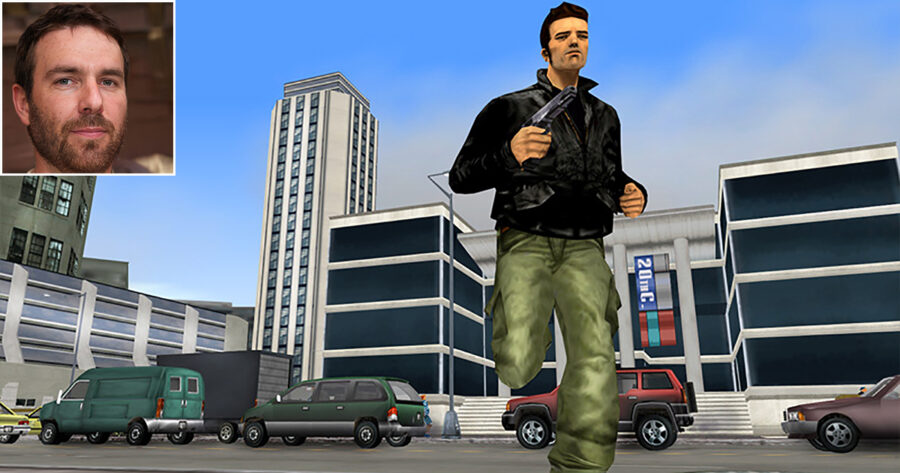 PHILADELPHIA — A local woman reports that her husband, who has never once in 25 years of marriage remembered her birthday, somehow still knows the Grand Theft Auto 3 “no stars” cheat code by heart.

“It’s not just this. Hank is constantly forgetting anniversaries and missing important events, really anything that is not related to video games,” said the wife in question, Martha Blubert, as she drew up divorce documents to be served immediately following the interview. “It has put a serious amount of stress on our relationship.”

Blubert also claimed that, even when her husband does show up for her, his obsession still manages to ruin the occasion.

“He knows the dialogue for the cutscenes of the entire Grand Theft Auto franchise by heart and can recite you the Game Genie code booklet, but he forgot our vows entirely! On the altar he just said, ‘I love you up up down down left right left right start select’ and then just kept repeating it over and over, muttering to himself, ‘It’s not working, I swear I put it in right, maybe it’s select before start?’ I’ve tried to work through it but he refuses to go to couples counseling. He says he ‘doesn’t have an extra controller to accommodate a third player.’ I’m at the end of my rope here.”

Hank Blubert insisted that all of this information remained completely vital and far more important to remember than something silly like his wife’s birthday and the name of his son.

“Listen man, when your GameShark disc is scratched up and your life’s on the line, what are you going to do? For people like you, you’d be entirely fucked. But me? I don’t need a GameShark, I AM the GameShark.” Mr.Blubert then began walking around the room with his hand atop his head mimicking a fin and humming the NES Jaws theme, refusing to stop for the better part of 12 minutes.

Neurologist Brian Hexpert has been focusing his studies entirely on this phenomenon, especially its prominence among men ages 25 to 35 years.

“It used to be men remembering who won the Super Bowl the year they met their wife instead of where they first met her, but now this neurological issue has started to focus more on information specific to video games. These problems can evolve and change all the time, but the root cause is the same,” said Dr. Hexpert as he poked at a man’s exposed brain mid-operation. “You see, there is only so much room in the human brain, so it will often prioritize the most vital information like a photorealistic memory of the San Andreas Hot Coffee mod instead of useless things like what color your child’s eyes are or which woman in your house is your wife and which is your nanny.”

At press time, Hank Blubert had vowed to win his wife back the only way he knew how: hijacking a propeller plane and seeing how long he could fly it upside down without crashing.