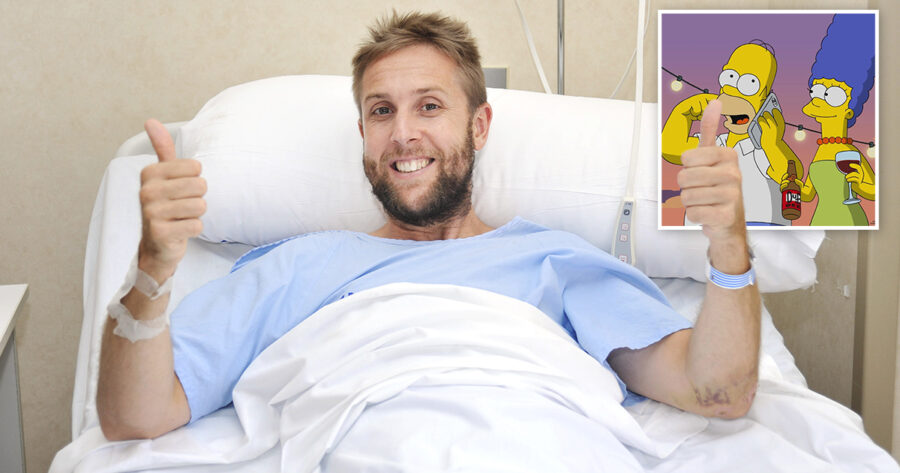 DETROIT — A man who recently awoke from a coma he’s been in since 1996 was reportedly overjoyed that his favorite show, The Simpsons, still airs every Sunday on Fox.

“Oh my god, this is too good to be true,” said Jerry Elwood, who suffered severe head trauma in a car accident 25 years ago and has been in a coma until his surprise awakening yesterday. “As  you can imagine, it’s been a wild couple of days adjusting to the world around me and all of the innovations that have been made this century.  But at least there are some familiar comforts, like the great American satire still going strong, surely carrying on its proud tradition of scathing humor and unparalleled consistency. Can’t wait to get home and start catching up!”

“Imagine one day you’re watching your favorite TV show at your friend’s place, you get in your car to drive home, and then you wake up in a hospital and there’s hundreds of new episodes,” added Elwood. “Pretty cool, huh?”

Family members were unsure how best to address the later season output of The Simpsons to Jerry as he became familiar with the modern world.

“I really feel like we should warn him, but I don’t want to overwhelm him,” said Cynthia Elwood, Jerry’s mother. “Put yourself in his shoes, will you? You’ve just woken from a 25-year coma, you’re learning about smartphones and COVID and everything in between, the last thing we need to tell him right now is that the greatest show of all time now merely exists as a shell of its former self, an undying reminder that literally every good thing in the world eventually turns to shit. It might be too much to handle.”

Elwood’s doctors warned that patients waking up from extended comas often find adjusting to the modern world the hardest part of their recovery.

“Oh yeah, with physical therapy and proper treatment, the physical stuff can be taken care of no problem,” said Dr. Roxanne Chandler, who oversaw Elwood for several years. “What will take longer to grasp is that we’re still getting weekly installments of these beloved characters portrayed by that incredible voice cast, but we all just sort of shrug about it, because it’s all just fine at best. That’s the part that’s going to take a while for Jerry.”

As of press time, Elwood was super pumped to find out he had eight Star Wars movies to catch up on.