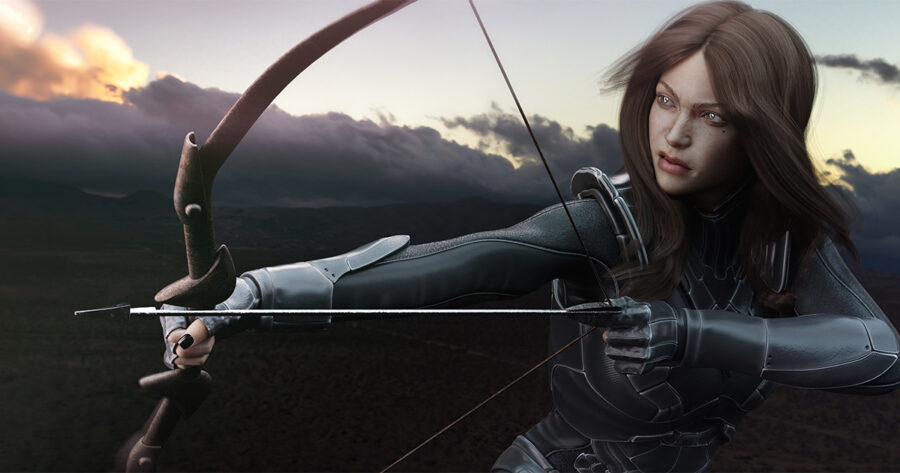 CHICAGO — A local gamer that recently finished a game has praised its variety of weaponry available to use, even though he clearly just used the bow the whole time, sources have confirmed.

“So many ways to approach battles in the game, truly something for everyone,” said Terry Farris, about the recently finished Battle Plains IV: The Quest for the Kingdom. “In fact, if you were so inclined, you could handle most of the encounters from a safe distance with the bow and get through the entire game. You can also use the other ones, too. Like that giant sword, and uh, the swing-y thing.”

Friends of Farris’ confirmed that this wasn’t an isolated incident.

“Yeah, Terry just finds his style and sticks to it, no matter what the game,” said Marty Sweet, a longtime friend of Farris’. “Hail Mary’s in Madden, upper cuts in old Mortal Kombat games, it doesn’t matter. Give him a game and he’ll find the cheapest way to play it. We’ve tried talking to him about it, but he’s a pretty stubborn guy.”

“Also, one time we went to a buffet and he just kept going back for mashed potatoes,” he added. “Like four times.”

The makers of Battle Plains IV: The Quest for the Kingdom said they anticipated Farris’ play style as a distinct possibility, but only late in the game’s development.

“We put a lot of effort into having a wealth of combat options available to the player,” said Jennifer Hollis, lead designer at Rascal King Games. “Which made it pretty disappointing when early play test data started coming back and showing that everyone was just using the bow and sniping everything from a distance. We put a lot of work into these enemy animations and now it looks like most people won’t even see them. God damn it.”

As of press time, Farris also praised Battle Plains IV’s unique approach to puzzle solving even though he directly followed a YouTube playthrough of the game.