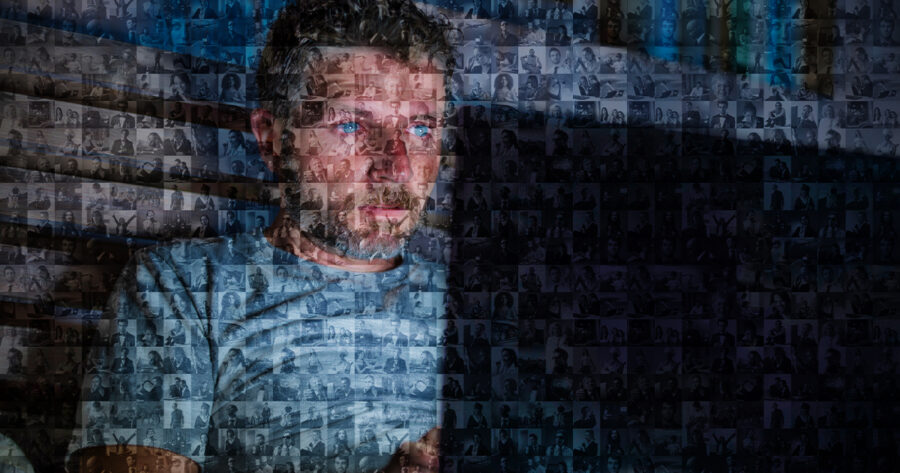 “Darren had been pretty down since his wife left him,” next door neighbor Melissa Perkins explained. “My husband thought loaning him some Jim Carrey movies would cheer him up, but ever since he returned our copy of The Truman Show he’s been very theatrical, as if he thinks there’s cameras on him like in the movie. Honestly, I preferred his Yes Man phase. I guess it’s a good thing we don’t own Bruce Almighty.”

Others on the block confirm that Thorndike has been overheard announcing his thoughts out loud to nobody in particular as he goes about his daily routine. Attempts to sit down with Thorndike were declined under the pretense that “interview segments have been played out since Modern Family ended.”

Despite the feeling that his every waking move was being shown to viewers the world over, Thorndike was recently seen reading an issue of Playboy magazine that he’d crudely attempted to hide behind a Pottery Barn catalog, despite being alone in his house.

“So many choices for ottomans,” he loudly announced to the empty room as he opened the centerfold. He appeared to pause as if expecting a laugh after musing how relaxed the Ottoman Empire must have been before standing up and grabbing a tissue box from a nearby table.

“Oh man, these allergies are killing me,” Thorndike continued in a stage whisper as he made his way down the hall with the tissues and now-uncovered Playboy. “Maybe I should lay down under the covers in case I have a cold coming on or something. And my hands are so dry lately! Where’s that lotion?”

At press time, network executives for The Thorndike Chronicles were so impressed by ratings following the incident, they announced the late night companion program Darren After Dark in hopes of recapturing that moment’s virality.