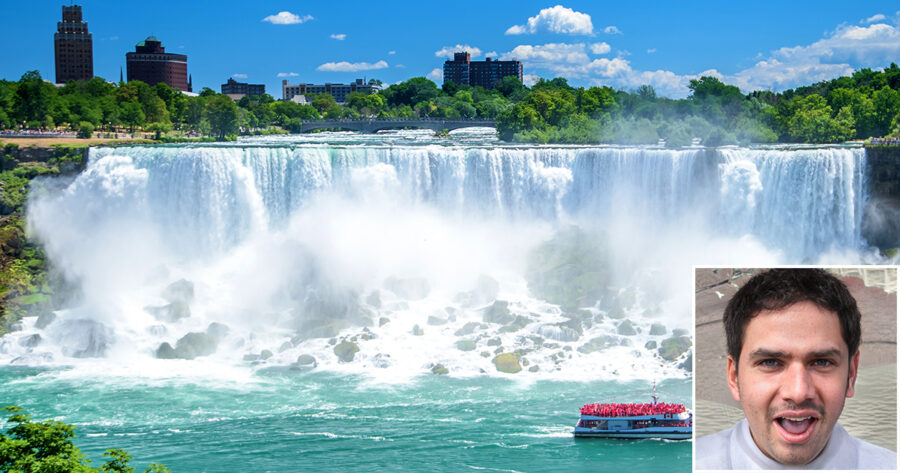 NIAGARA FALLS, N.Y.— Local gamer Bryce Townsend was arrested by police at Niagara Falls today on grounds of felony, trespassing, and reckless endangerment. According to Townsend, he was only climbing down the falls to check if there was a cool cave or something back there, with “maybe a little bit of treasure.”

“The fact that I was arrested only reinforces my belief that there’s something cool back there,” Townsend said. “It could be gold, weapons, or even a secret boss fight. I’ll find it. I guess the Easter egg I did technically find is that if you try to go behind the Niagara Falls, you will be tased by four cops simultaneously. But the dialogue wasn’t even that interesting and I didn’t get a single special item, unless I get to keep this jumpsuit or these handcuffs.”

“It’s just rock back there, honest,” Parsons said. “It’s certainly not a large treasure chest containing an amulet that will grant you an extra life. Why would you even suggest that? It’s definitely not that. This interview is over.”

The mayor of Niagara Falls, Robert Restaino, also denied any sort of secret areas or treasures in the city.

“Just another crazy man trying to imitate his precious video games, huh?” Restaino said. “What does he think he would even find? Like a large, ornate chest that contains a mythical amulet that would grant the wearer and extra life? Ridiculous! There’s only one treasure in the city of Niagara Falls: our wonderful and kind community. And if anyone tells you about an ancient sword that grants its wielder a +15 attack bonus, they’re a fucking liar, alright?!”

At press time, Townsend tragically died trying to attack a prison guard without quicksaving right before.