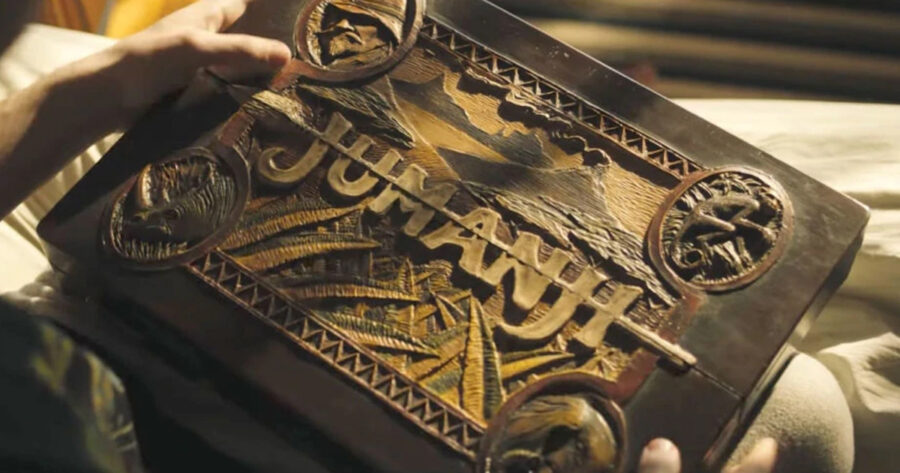 Facebook0Twitter0Reddit0
X
BY Will Carnevale ON January 1, 2022

BRANTFORD, N.H. — A spokesperson for the plaintiffs in the years-long class action suit against the makers of the classic board game Jumanji announced today outside the steps of a local courthouse that a settlement has finally been reached.

“This so-called game and its nameless, faceless creators have tortured the people of Brantford for the last time,” said Alex Vreeke, lead counsel for the plaintiffs, who took up the case on a pro-bono basis after surviving being sucked into the video game version of Jumanji. “Our collective trauma at the hands of Jumanji will no longer define us. Starting now, we make the rules.”

In court, Vreeke and his plaintiffs alleged that paranormal forces residing within each copy of Jumanji have consistently threatened to kill all of its players, whether by trapping them in a dangerous jungle dimension or by releasing wild animals into their homes and city streets. For years, the unknown organization responsible for manufacturing the game has escaped liability claims due to a loophole where history is instantly rewritten around those who manage to complete the game, causing all of their loved ones to completely forget what has occurred.

“My late husband and I lived two horrible, nightmarish lifetimes because of that game, and nobody believes us,” said Sarah Whittle-Parrish, a plaintiff in the suit and a survivor of two Jumanji incidents that took place in what the defense’s attorneys argued was simply an “alternate timeline.” “We’re safe now, but totally traumatized. We can’t see a pair of dice or even pass by the Rainforest Café in the mall without having panic attacks.”

Legal scholars say that the all-cash settlement prevented a ruling by the judge which could have set a number of landmark tort precedents in areas of bleeding-edge litigation like property damage and lost income from parallel jungle-apocalypse timelines, stalking and harassment charges against immortal trans-dimensional big game hunters, and false imprisonment in pocket universes.

The defense’s attorney immediately shot back against personal attacks on his clients, the manufacturers of Jumanji, while also painstakingly continuing to protect their mysterious identities.

“While my client or clients — who, as a condition of the settlement, will remain nameless — were horrified by the stories they heard throughout this case, they believe strongly that they are not liable for any actions taken by the alleged malevolent jungle spirits that allegedly govern the laws of the so-called ‘Jumanji Dimension,’” lead defense attorney Neal Katyal explained. “At best, my client or clients could only be accused of aiding and abetting such spirits, if they even exist, which was never definitively proven in evidence.”

Katyal added that, per the settlement, all forms of Jumanji are being recalled and discontinued effective immediately, but the lawyer had no comment about the separate, much smaller case related to the game Zathura.