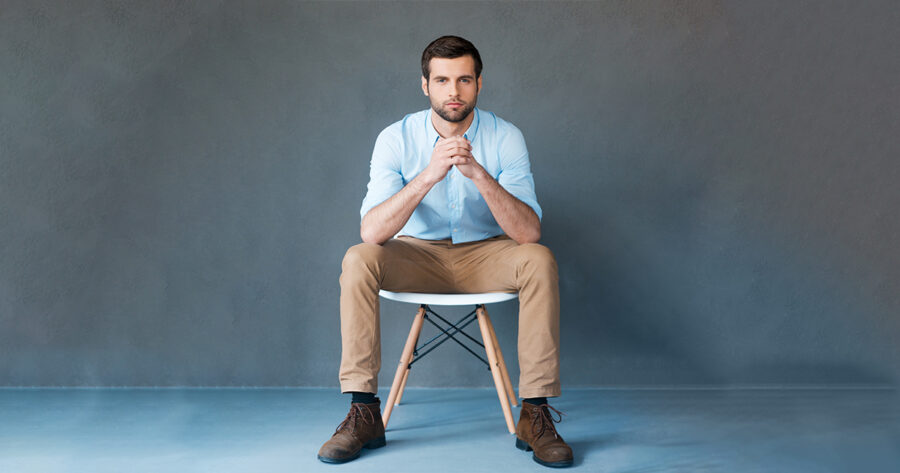 Get ready for a good old-fashioned lore dump, because this kinda gruff-looking guy just showed up 40 minutes into this crime documentary and sat down in a chair framed by ominous shadows. He’s definitely about to blow our goddamn minds.

What makes us so certain? Isn’t it obvious? Every crime documentary ever has its craziest moments when a dude sits down in a chair. A dude sitting in a chair is the Marvel-characters-in-a-boardroom-with-their-arms-crossed of the crime documentary genre. Remember when that guy in the Fyre Fest documentary, Fyre, sat down in a chair and said he was literally ready to suck another man’s dick to get bottles of Evian water supplied for the Fyre Festival? Yeah, that’s the level of lore we’re about to receive from this guy.

Although he hasn’t even started spouting his undoubtedly intricate lore yet, due to the fact that this man’s top button is undone, which suggests a level of comfortability or informality, we’re willing to bet he’s a childhood friend of the victim. Or maybe he’s a former detective who was on the case years ago but has since retired to become a humble pastry chef. Oh, wait, shush, he’s starting to talk now.

The name “Phil” just popped up in a chyron beneath the guy’s face as he was starting to talk about how it all started years ago. But hold on, this couldn’t be the Phil, could it? The one that we know from the court depositions gave the killer the idea to fake his wife’s suicide to claim her inheritance during a brief encounter when they were both drinking at a local bar?

The editors just slapped some Gaussian blur on everything in the shot but the guy in the chair. Holy shit. This lore dump is about to go crazy.

Wait a minute, a chilling piano sting just scuttled into the soundtrack and a question mark popped up next to the name “Phil”. He’s talking about how Phil was just an alibi that he used while going out to drink. His name isn’t really Phil? Then who is this guy? Who was he all along?

Holy shit. The whole thing just shifted into a sepia-tone flashback with photos of this guy’s grandfather and his journals. The grandfather was a legendary detective, and he was working on the side of law enforcement the whole time? Wow, we really hope someone turns all of this crazy lore into a video game.