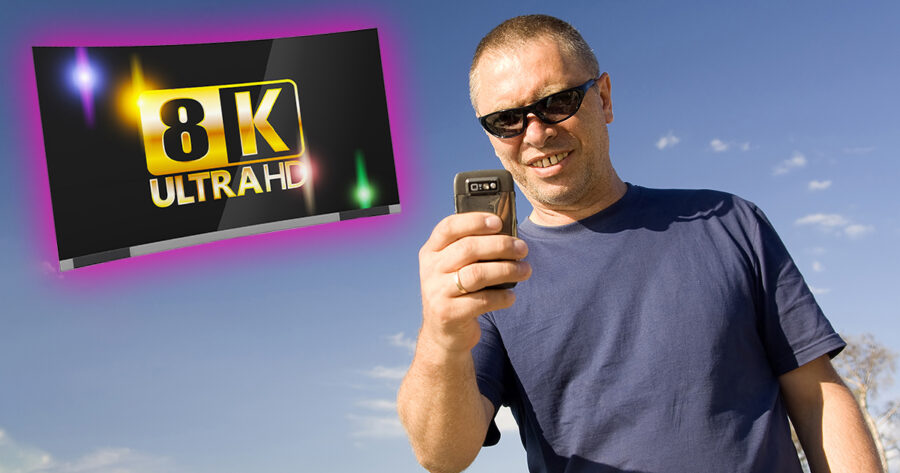 DICKSON, Tenn. — A local crackpot, just a world class asshole, this guy Lenny Vickerman, has again insisted that 8K TVs exist and that “you can go buy one right now.”

“I’m not kidding, why don’t you believe me,” ranted Vickerman, after authoring yet another of his delusional fantasies, wherein resolution on TVs has somehow gotten better yet again. “I’m not even saying you necessarily need to get one, but they exist, that’s all I’m saying. Why do you get so upset with me when I bring this up?”

Vickerman has deceived many in the past about tech related matters, most recently when he was talking some shit about how they have lawn mowers you can charge now. Yeah right, Lenny. Lawn mowers run on gas, you fucking asshole.

According to those familiar with the situation, Vickerman was being a total nut with his bizarre insistence that they have 12K TVs now or whatever the hell he was saying.

“Yeah, fuck Lenny man, that wasn’t cool,” said this guy Louie after you made Vickerman leave your barbecue. “Trying to embarrass you and make you fall for his little joke. I’ve known him a while, and that seemed really out of character for him. Nevertheless, good on you for not standing up to his bullshit. I’m not sure I would have decked him like that, but a man’s gotta do what he feels is right. ‘8K TVs’… Fuck off.”

As of press time, some dumb ass commercial on TV had said something about 8K TVs now in what must have been some sort of skit or goof.