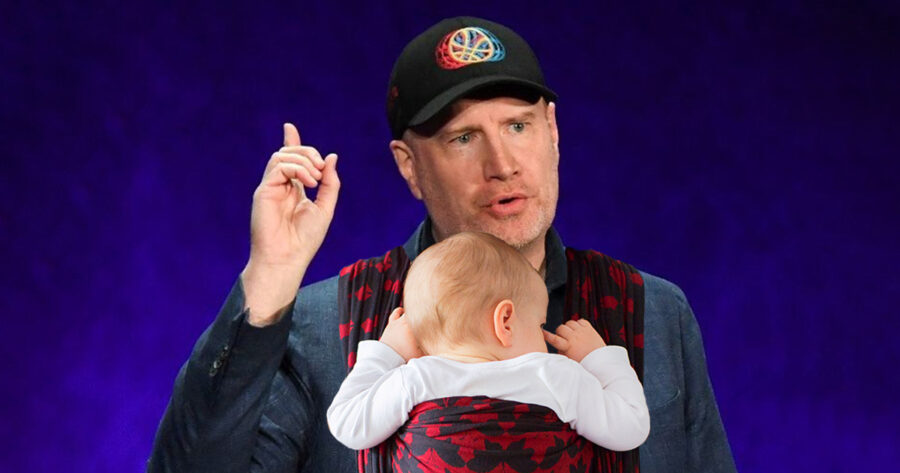 LOS ANGELES — At a recent convention, president of Marvel Studios Kevin Feige ceremoniously hoisted a baby above his head and proclaimed that the infant would one day grow up to direct the 12th installment of the Avengers films, earning rapturous applause from gathered fans.

“Oh my god, he’s beautiful,” said Wesley Hudson, an attendee of this morning’s event . “I am so glad that someone like Kevin is watching out for all of our collective entertainment future. To think that we used to go entire years without a Marvel movie coming out… well, it was a cold world and I don’t want to go back to it. I’m not exactly sure how he can tell that baby will grow up to be a visionary director, but I totally trust him. Phase 14 is honestly sounding pretty dope so far.”

“Did you see that? He looked at me,” he added, gesturing wildly towards the young auteur. “He looked right at me!”

Feige presented the visionary infant at the end of a much anticipated speech that saw him outlining the future of the Marvel Cinematic Universe.

“We think in 2047 people are going to be pretty excited to see who makes this squad of the Avengers, especially following the events of that summer’s Spider Man: Come On Spider-Man, Let’s Go Home,” he said.  “And little Mason here really had some interesting ideas for the characters when we let him play with a bunch of the action figures. He was doing things none of us had ever dreamed of, very exciting stuff. Mason is really a wonderful kid and I truly think the MCU is just getting started!”

The presentation hit a snag when the young director abruptly began shouting and weeping, prompting Marvel executives to escort him off of the stage.

“What can you say, artists are passionate people,” said Jeremy Renner, who’s played Hawkeye in several of the Avengers movies, stepping in to finish the presentation. “I like to see that kind of emotion from a director, it tells me they’re going to be committed to the project. It also tells me I should probably double check my contract and see how long they’ve got me locked down for. You’ve got to be careful. They’ll fuck ya. I bet this baby signed a really bad deal.”

As of press time, it was confirmed that Mason was Mark Ruffalo’s kid.