Kaiju Folds New Yorker In Half Before Eating Him 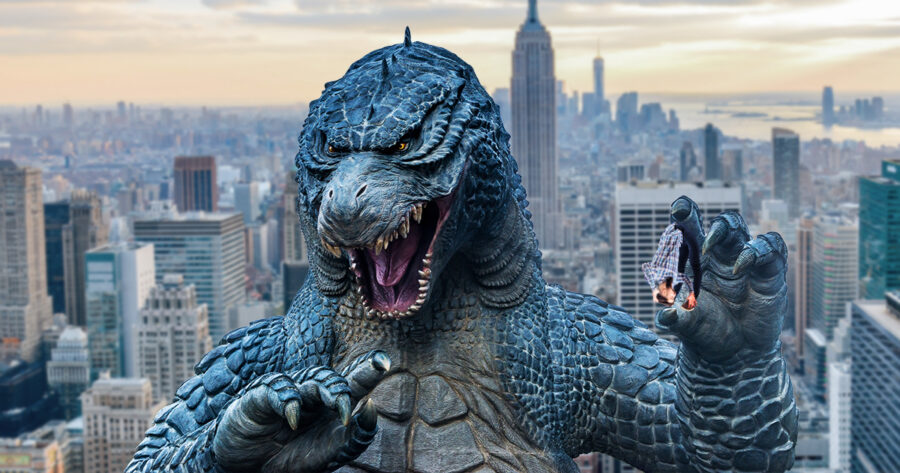 NEW YORK — A ginormous amphibious creature known as Crathrax is currently terrorizing New York City and reportedly eating residents only after folding them in half, according to those familiar with the situation.

“We do not know the origin of the monster currently terrorizing our homes, but we feel confident that the creature originally is from New York City, just based on the way he’s folding everyone he eats like a slice of New York pizza,” said Mayor Bill de Blasio at a press conference. “We have scientists working around the clock to find a way to stop this thing, and so far they have determined that if the kaiju was a transplant from Minnesota or something, we would be able to tell because it would have much more trouble moving along the subway lines and it would be bragging more about visiting the bar it trampled in Williamsburg.”

“The one thing that has confused me so far, however,” de Blasio added, “is that the kaiju has not yet destroyed my house or office.”

According to sources on the ground in Manhattan, New Yorkers are conflicted about how to handle the kaiju, knowing that it’s a native of the city.

“If you mess with one of us, you mess with all of us. But the monster… is one of us. So we’re us… and we’re messing with also us? Oh god, I’m so freakin’ confused!” said lifelong Queens resident Olli O’Reilly. “A goddamn kaiju attacking the city… only in New York!”

“We need to take action now! I’ve started a petition to demand that the mayor contain the kaiju in lower Manhattan so we don’t have to see it here in the Upper West Side,” said rent-controlled Manhattan resident Gloria Braun. “First the homeless, now a monster. This city is going to hell!”