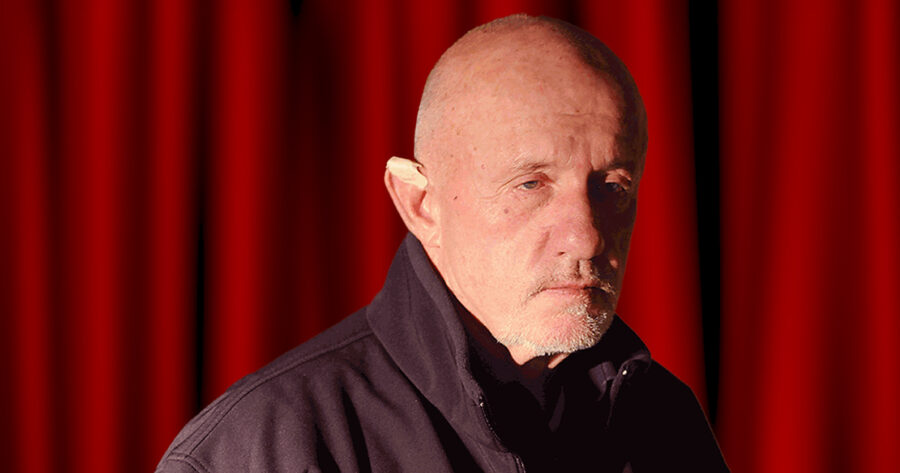 NEW YORK — Audience members of a Broadway production of Shakespeare’s Macbeth were pleasantly delighted by the celebrity casting of Jonathan Banks in the title role, until the actor instinctively ad-libbed a monologue about being a cop from Philly.

“Back when I was on the force,” Banks began, wildly off-script. “We had a way of dealing with people like Banquo. Philly is a cold city. Real dark. Someone like Banquo or Fleance could go missing and nobody would bat an eye. Course all us cops were dirty back then; to a Philly cop the dirtiest thing is being clean. That’s what fellas like King Duncan just can’t understand, this world is all shades of gray, and even an ex-cop can’t be trusted as the Thane of Cawdor. Thou best not take half measures.”

The director of the production, Nicole Welsh, claimed the outburst was the best she could manage given the circumstances.

“Anytime he speaks for longer than thirty seconds, that just starts to happen,” Welsh said. “I found out that both his characters in Breaking Bad and Community were never supposed to even have much of a back story before he compulsively improvised a long-winded story about what he learned as a Philly man in uniform.”

Sources at the show reported that Banks also struggled with the crippling remorse Macbeth has for the men he kills.

“Ya know something, Lady Macbeth?” a reeling Banks stoically began in the second act. “These men had it comin’. They were in the game. I’m not gonna imagine a dagger or a severed head, because part of being a criminal is having a code. A dirty cop is no better than an honorable thief.”

At press time, sources noted that despite Banks having a breakdown and giving a career-shattering error, he never opened his eyes past halfway the entire three hour performance.