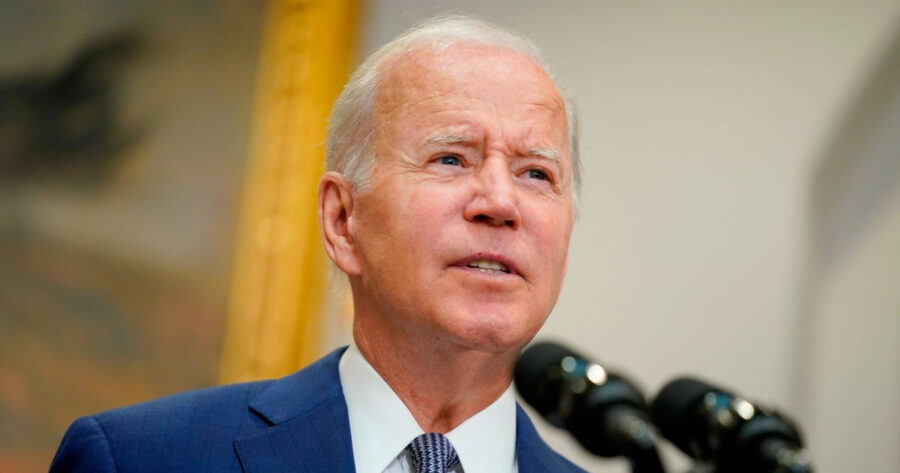 WASHINGTON — After little to no government response to a string of disastrous events ranging from mass shootings to the repeal of Roe v. Wade, Joe Biden vowed to find and beat the shit out of whoever’s the current President of the United States.

“Listen here, Jack, things have been really bad for the American people lately,” Biden said, practicing his right hook on a punching bag. “Gas prices are up, shootings are happening all over the country, and the repeal of Roe v. Wade threatens to put America’s maternal mortality rate even harder behind Iran. It’s complete malarkey and will not be tolerated.”

“People all over the country are calling on the President to do something, but he’s nowhere to be found. It’s a complete dereliction of duty to do nothing in a moment like this,” Biden continued. “That’s why I’m making a promise to the American people: I vow to find the President of the United States, whoever that may be, and beat the shit out of him. This guy’s had it coming for a long time!”

A concerned citizen, Sid McIntyre, said he was confused by Biden’s vow to beat the shit out of the president.

“Why does he keep talking like someone else is in charge?” McIntyre said. “I get he may not have the votes to get things done, but he’s the President of the United States. He could put a lot more pressure on his own party. Threaten to primary people, push to take senators that own coal companies off the energy committee, buy everyone a PS5, just do something.”

“Although, I won’t lie,” said McIntyre, looking a bit intrigued, “it would be pretty funny to see him beat the shit out of himself. Maybe we should just let him keep looking.”

At press time, Biden announced he was giving up his fruitless search for the president to instead beat the shit out of whoever’s running for the Democratic nomination in 2024.