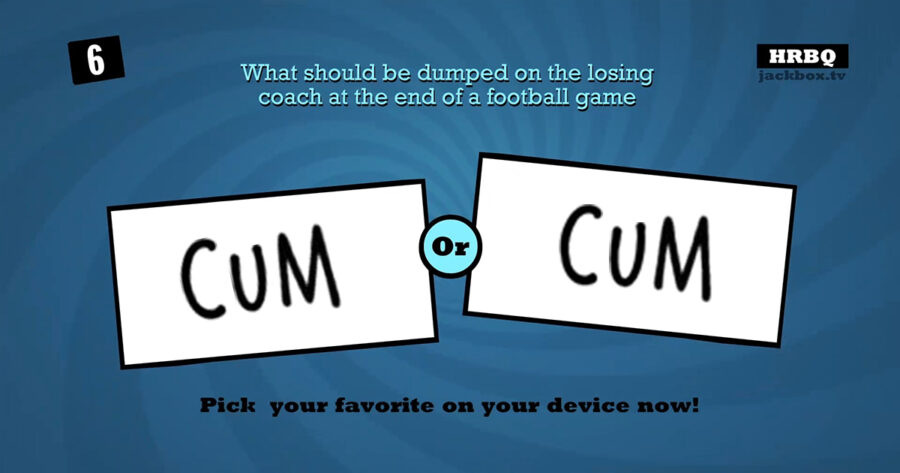 A group of friends, avid Jackbox fans, were mixed on the new feature after testing it at their weekly game night.

The industry’s reaction to the new mode was similarly divisive. One analyst, Jane Tate, felt critical of the Jackbox Team’s decision-making in the conception and execution of the mode.

“Y’know, some thought this update would inspire creativity in players, adding challenge, excitement and engagement to the Jackbox experience. Yet it seems that I and other critics have been proven right in believing that people play these games in order to be as edgy as possible in a toilet-humour race to the bottom. Who’da thunk?”

Post-release data indicates that ‘smegma’ — which had been missed by the hard mode’s censors — now constitutes 90% of responses since the update.