Inside the Koopa Slaughterhouses That Fuel the Insatiable Kart Racing Industry 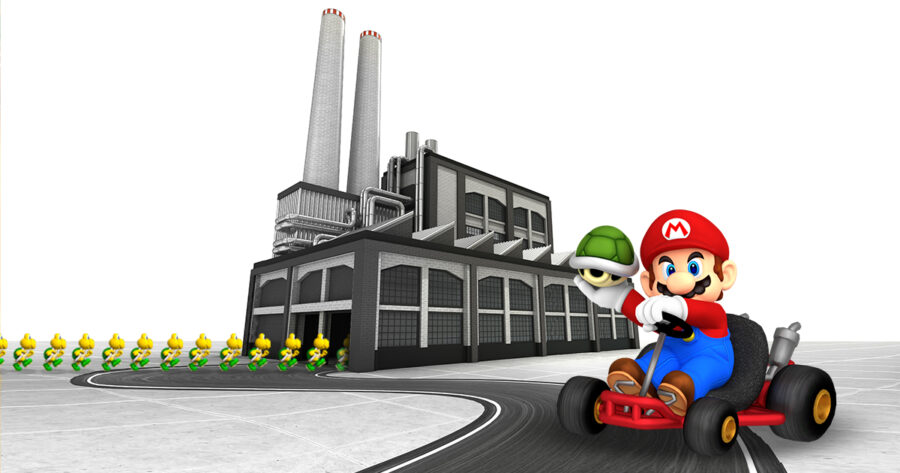 “When we began our study, we never expected the koopa slaughterhouses producing the shells handed out as powerups to be this bad,” said Dr. Marleen Enoki, author of the best-selling expose Kart, Inc. “We’ve all seen pictures of baby koopas roaming beautiful picturesque fields. Well, when they reach 16 weeks old, they’re brought inside and into cages with no room to turn around. They’re fed a diet of mashed up coins and cow hormones until they’re heavy enough to be thrown at a moving vehicle.”

Enoki’s investigation showed the coveted blue shells to be the cruelest of all.

“I know it’s fun to see superstars like Mario or the dog lady from Animal Crossing take out the leader, but koopas aren’t supposed to be blue,” she explained. “The color and spikes are the result of a rare genetic autoimmune disorder, bred into them. These koopas are literally sick until the day they die.”

The workers are victims as well. Minimum wage, largely immigrant, employees are paid to jump up and down on koopas in order to euthanize and deshell them.

“It’s dangerous work,” said one employee on condition of anonymity. “Last month a new guy got a green shell moving too fast. Bounced off a wall and took his legs off. My heart breaks when I think about how 90% of green shells used in a kart race miss. If only people knew.”

Said Warton Mouser, CEO of Kart Supply Inc., “the fact is, Kart Racing is a beautiful thing, and there’s nothing wrong with loving the sport. God made koopas for us to throw at each other when we’re driving our go karts. They’re a subservient species to Man — and talking mushroom people — and we have every right to use them this way.”

At press time, activist movements are in their infancy within the Kart Racing fandom. With some groups agitating for an end to powerups as being unfair anyway, and others demanding the inhumane shells be replaced with “a gun.”