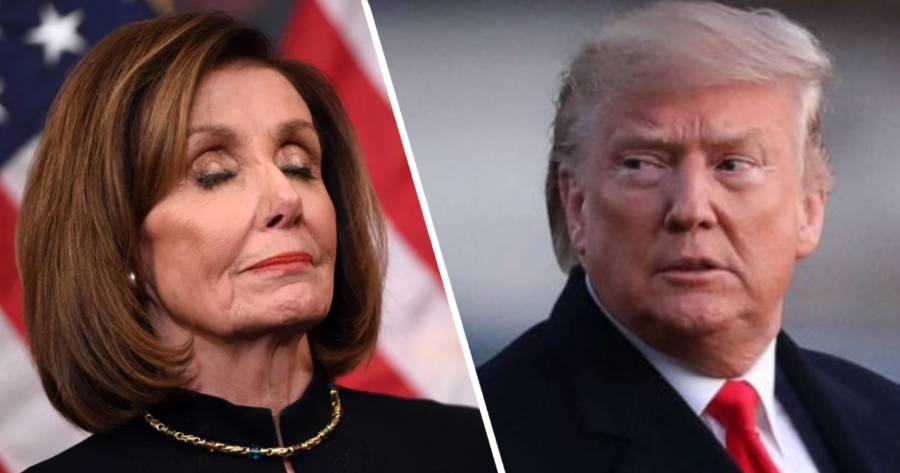 WASHINGTON — Speaker of the House Nancy Pelosi and President Donald Trump began the impeachment process this week by standing in place, slowly charging up their energy for 3 days to prepare for the ensuing battle.

“Unnnnnnnnnnnngh,” Pelosi grunted as a yellow, fire-like glow began to emanate around her body just moments into the process that would continue for 72 uninterrupted minutes in the Senate chamber.

“Grrrruuuuhhhhhh,” Trump responded, staring unflinchingly at his opponent from across the chamber floor while a blue light formed an outline around his body what reached a deep, potent hue roughly 20 minutes later.

Spectators watched as the two politicians slowly sucked the chi from the air around them, causing their muscles to bulge and veins to pop. At one point, Speaker Pelosi’s hair turned spikey and blonde, which caused a giant sweat drop to form on the President’s forehead, in keeping with centuries of legislative precedent. Lawmakers eagerly watched the process.

“It’s going to be an all out, knock down, drag out brawl once these two reach their final forms,” Senator Ted Cruz said as he checked his watch. “It shouldn’t be much longer now. 30 hours or so. 40 tops.”

The two continued to gather strength as onlookers began to lose interest and file out of the building towards the end of the first day.

“Their clothes have gotten completely tattered by their growing muscles and powerful energy auras. We keep thinking they’re almost done because one of them will say ‘I’ve almost reached my final form’ but then the other will say ‘I’ve never seen power levels like this before’ and they keep on charging,” Chuck Schumer said a day and a half in.

“We have so many witnesses, so many documents, and so much deliberation to get through to find out if the President of the United States has committed high crimes and misdemeanors, but we’re just sitting here waiting for these two assholes to finish charging up,” an intern complained while carrying a giant stack of binders. “I really don’t think the payoff is going to be worth all of these histrionics.”

“If you ask me, they’re just eating up as much time as they can because they don’t have enough storylines to fill an entire trial,” said another aide. “At least they’re not making ramen or some other filler nonsense.”

At press time, Pelosi and Trump both reached their final power levels. They then sat down in their respective chairs to begin the proceedings.