‘I Literally Didn’t Make That Game and I Don’t Know Why You’re Asking Me About It’: Miyamoto Reflects on ‘Call of Duty: Black Ops 4’ 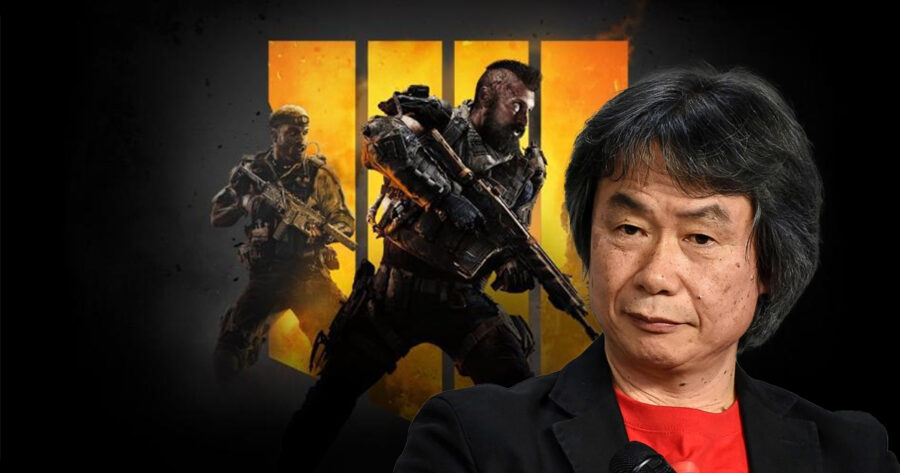 “Um, we recently announced Pikmin 4 coming out in 2023, which we’re very excited about. That’s a sequel fans have been looking forward to for a long time,” said Miyamoto, when asked where he got the idea for the 15th Call of Duty game. “We only make sequels when we believe we have an idea that will take a series in an exciting new direction.”

Miyamoto defended his decision to do away with a traditional single-player campaign for Black Ops IV, which drew a mixed reaction from fans.

“I think it’s possible you have someone else’s game confused with one of mine. I made Mario,” explained Miyamoto about the controversial move to go multiplayer-only. “But, um, I also worked on Metroid Prime, which has lots of shooting! We’re very excited about Metroid Prime 4, which fans can expect to hear more about in the future.”

Miyamoto also described the creative process behind bringing back fan-favorite characters like Richtofen and Dempsey for the “Blood of the Dead” Zombies map.

“I literally didn’t make that game and I don’t know why you’re asking me about it,” he recalled fondly. “Do we need to get a different translator? What is going on here?”

While Miyamoto was happy to speak about Call of Duty, his most popular game remained a sore subject, as he ended the interview abruptly when asked about Fortnite.