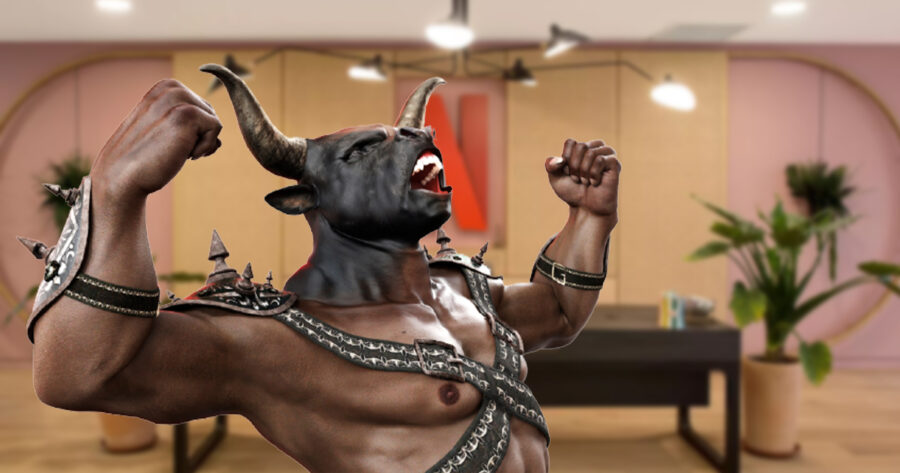 LOS GATOS, Calif. — The grotesque monster living under Netflix cried out in hunger this morning, desperate for more mid-budget features from the streaming platform.

“Is the minotaur ideal? Of course not. In a perfect world we would not have the minotaur. But we’ve tried to make it a fun office activity. I even put together this colorful feeding schedule,” said HR director Ronnie Ford, who slaughters a goat and drops it into the labyrinth every third Friday. “It’s the beast’s appetite for content we’re having a hard time keeping up with. The thing just loves movies.”

Netflix struggled in the early days, trying to sate the minotaur’s cravings while maintaining a base level of quality. Things only began to stabilize in the last few years, when the company figured out a way to keep up.

“One day we accidentally showed him Home Alone 3, the one where they recast everybody and replaced Chris Columbus with a cheap director. The monster absolutely loved it. That’s when we realized the movies didn’t have to be good,” said creative executive Kai Armstrong. “Ever since, we’ve used Home Alone 3 as a model: not great, not even okay, but technically a movie.”

Industry experts were hesitant to criticize Netflix for their output, stressing that every streaming service had strengths and weaknesses.

“HBO makes decent movies, but they have to contend with corporate overlords at AT&T, so they move slowly. Disney is doing great, but won’t people get tired of the MCU and Star Wars? And then you have Netflix, cursed with a ravenous beast that stalks the basement, plotting his escape to the surface, where he will devour every living soul in the building,” said investment banker Bart Norman. “So, you know. It’s pluses and minuses.”

At press time, Netflix executives had written “more comedy specials??? yes or no” on a piece of paper and were lowering it down into the labyrinth.