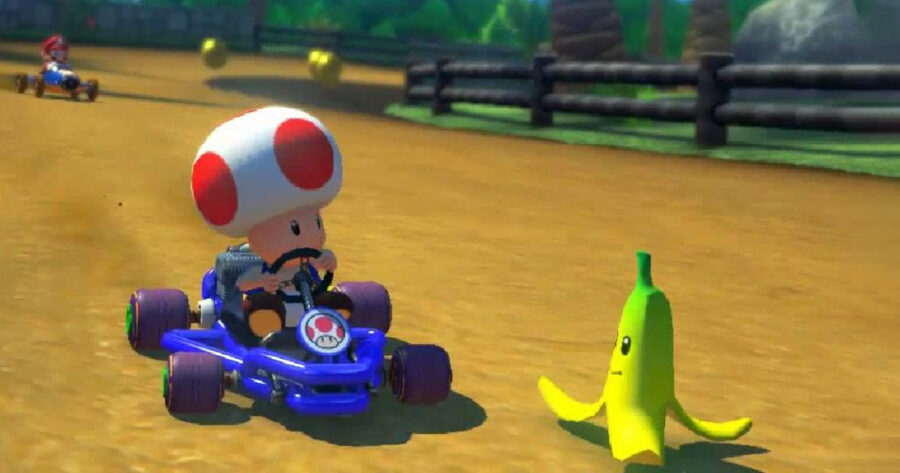 ROYAL RACEWAY — Mario Kart player Emma O’Neal is reportedly 100% certain to strike an upcoming banana peel despite seeing the obstacle from a mile away, knowing she’s heading right for it, and having plenty of time to react accordingly.

“Oh, yeah, I’m going to hit that thing. No question,” said O’Neal about the yellow speck she spotted across the lake, in the center of the usual trajectory she takes through that turn of Royal Raceway. “It’s going to ruin my race. I wish there was something I could do about it, but unfortunately, there isn’t. Them’s the breaks.”

O’Neal has reportedly gotten used to the pattern, in which she spots an obstacle in Mario Kart and inexplicably drives straight into it — but she gets no less angry when it happens.

“I’m going to hit that bullshit and spin out and it’s going to make me so pissed,” O’Neal said, beginning the power slide that would eventually end with her spinning out on the banana peel and losing her position in 1st place. “Fuck, this is going to suck.”

Elite players in the Mario Kart meta confirm this phenomenon, in which a racer gets so deeply into the rhythm of the race that there’s basically no way to overcome their muscle memory, resulting is an out-of-body type of experience in which the driver has full awareness that they are going to hit a dangerous item, but no ability to alter the outcome.

“If things were different — if the banana peel were off to the left, for instance — Ms. O’Neal could sail right past it. Off to the right? No problem. She could continue to drive without striking the banana peel,” said top-ranked Mario Kart player Endo Megumi. “But when the banana peel is in the middle, it is a different situation entirely. Ms. O’Neal is helpless to her fate. She will become both the observer and the observed, the judgment and the judged. It is, indeed, going to suck.”

O’Neal also reported a strong feeling that a lighting bolt was definitely going to fuck her over this race. At press time, she had been proven absolutely correct.