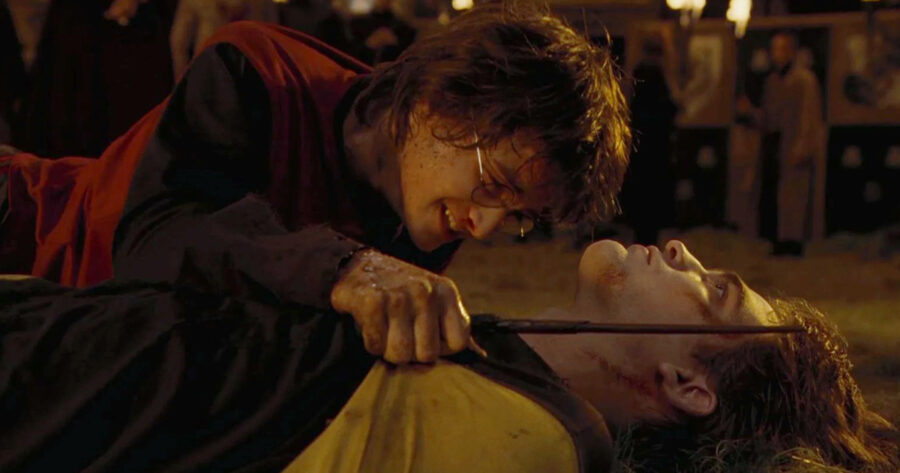 HIGHLANDS, Scotland — In a response both joyful and triumphant, students and teachers from the famed wizarding school celebrated the record-setting fact that only four students were killed at Hogwarts this year.

“The news came at the last supper of the school year in the Great Hall,” reported Mickey Longbottom, a sixth-year student and younger cousin of Professor Neville Longbottom. “We were all ready to get our bags and leave for the summer, when Professor McGonagall stood up with that characteristic deadpan look of hers and said, ‘Oh, and one more thing. This year has been a record-breaking one indeed. Making for the lowest total in Hogwarts history… Only four students were killed on school grounds this year!’ The entire Great Hall erupted in cheers.”

“There was suddenly butterbeer and self-propelling custard pie as far as the eye could see. Some kids in Ravenclaw started chanting, ‘Only four! Only four!’ and pretty soon, students from all the houses joined in. It’s not often the entire student body agrees on anything, but every one of us kids were delighted that so few of our friends were dead.”

And it wasn’t just the students. Professor Hagrid admitted he drank to excess when he found out that only four students, the youngest of which was twelve, had died during the school year.

“Forgive me for hitting the firewhiskey a little hard, but this was quite the reason to celebrate, it was! You see, we’d all been in quite a state since Polly Pruitt [the fourth student killed on school grounds that year], was eaten by that giant rat in the secret sewer beneath the school,” Hagrid reported. “With over two months of school left, I thought for sure that at least a couple more children would be killed this year.”

At press time, Hogwarts professors were putting their gold galleons into a betting pool to predict how many kids would be killed the following year, with the most common guess being seven.