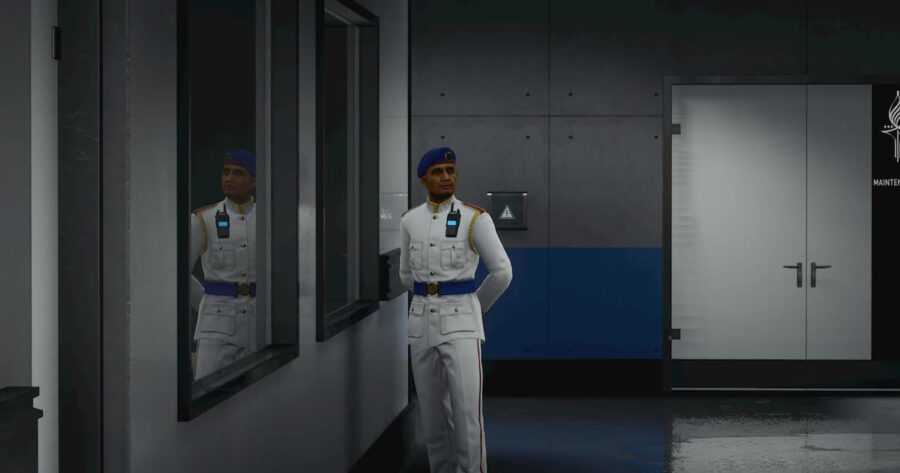 PARIS — Sources have confirmed that Jean Moreau, head of the security team working the Sanguine fashion show in Paris, had become confused and annoyed by his squadmates polluting their shared communication channel with a series of agonized chokes and gasps.

“I knew this was amateur hour when I found the local rent-a-cops taking naps on the job in locked wardrobes with traumatic bruising to their heads and necks,” Moreau said, speaking at a volume loud enough for a nearby eavesdropper to overhear. “And now they’re doing the old ‘cough and scream into your earpiece’ gag? I can barely focus on standing outside this supply closet with my hands folded under these conditions. Clearly someone’s getting a real kick out of themselves, because I keep hearing it like every five minutes.”

Other members of the recently understaffed security team offered their own complaints about the noise.

“First it was Benoit, the basement access guy, then it was François, the maintenance stairs access guy, and now it just won’t stop,” added Daniel Pinter, the member of the team who has lasted the longest on the job. “‘Hack cough hack’ this, ‘Please no I have a family’ that. ‘Chatty guards are the contract killer’s workshop,’ that’s what I—hrk—gllk—wheeze…”

Some jaded senior members of the security detail were less concerned, citing obnoxious gasps and wheezes as typical guard behavior.

“Work the perimeter long enough and you get used to suddenly suffocating and passing out,” said Jacques Rosso, one of the team members who gets to wear a dinner jacket instead of a guard uniform. “Can’t tell you how many times I’ve passed over into blackness with a phantom weight around my neck and woke up to learn my boss had mysteriously died. Just one of those things civilians don’t—nngh—see, you get used to—augh…”

At press time, Moreau had been distracted from the annoying sounds on the guards’ radio by a strange noise off in the distance at the end of a long secluded hallway.