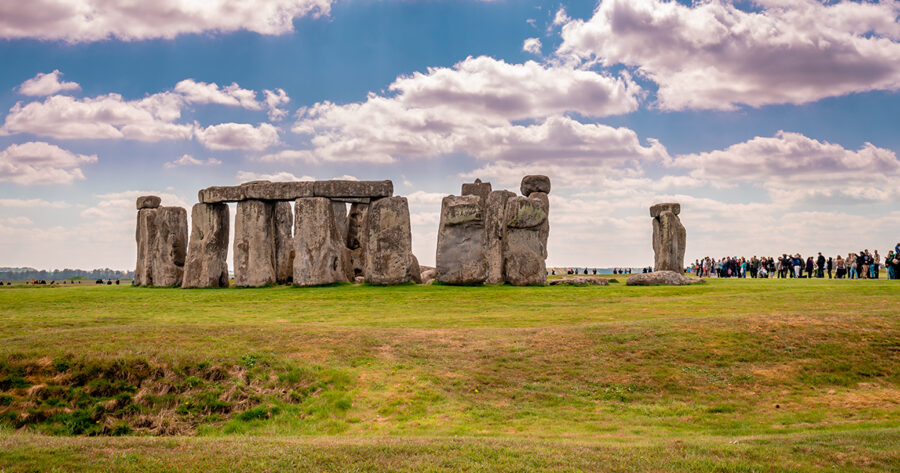 LONDON — Historians announced a massive breakthrough surrounding the origin of the notorious prehistoric monument Stonehenge, revealing the structure was originally erected as a chill ass spot to blast cigs, trade war stories and generally hang the fuck out.

“I’m sure this may come as a shock to many, but to us, the answer couldn’t have been more clear,” said Dr. Paola Ceccarelli, professor of history at the University of London, specializing in the Hellenistic period and crushing beers. “The discovery was brought to light after a closer inspection of the undersides of the stones, revealing a series of etchings we were able to translate roughly as, ‘Gimme Head ’Til I’m Dead.’ Suddenly, it all became clear.”

Noah Wallace, a team member and student of Ceccarelli, elaborated on the new findings and the implications they could have for previously discarded evidence.

“For so long, we would come across strange blemishes in the stones that resembled ash burns and ring stains. We always chalked them up to vandalism,” said Wallace. “But now that we’ve gone back and carbon-dated them, it turns out they actually were just chilling hard as a bitch, even back then! It’s truly awe inspiring to both historians and mad tight blokes alike. Like imagine if they had Xbox 360 back then, that would be so crazy.”

Ceccarelli also announced that, in honor of the revelation, Stonehenge will be opened to the public once again to embrace in its eons-old traditions.

“To anyone and everyone that wants to come down, it’s open season. Bring some brews and maybe some KB. We’re doing what our ancestors would’ve wanted. No pills though, it’s kickback vibes,” said an elated Ceccarelli. “See those big pillars? You can draw a cock on it if you want. It’s cool, you’re allowed now. Me and the boys are gonna do some Jackass style stuff later off the perimeter, it’s gonna rule. Being a historian rocks.”

At press time, a similar discovery was made in Chile regarding the famed Moai statues of Easter Island, with reports claiming they may have originated as a “good ass bit” and are “hella funny.”