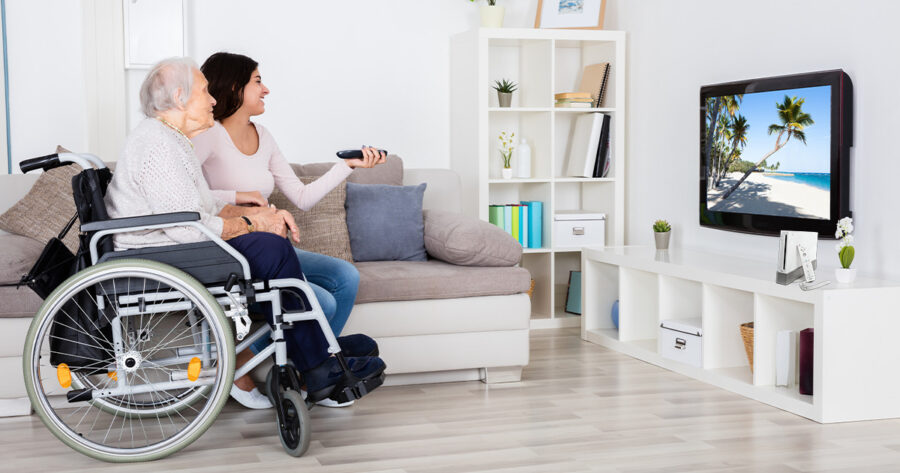 FORT LAUDERDALE, Fla. — A local man’s dispiriting weekly visit to his grandmother’s nursing home turned around unexpectedly after discovering the facility’s activity center had a perfectly working Wii, sources close to the matter have confirmed.

“Every time I visit Grandma Edna, it’s hard to find something to distract me from the smell of death and industrial grade disinfectants in the air,” said Caleb Brant while eagerly affixing the Wii remote’s wrist strap to his right wrist. “But this time around she was giving us the tour of the new activity center and I was gobsmacked when I saw they had a Wii, and in perfect condition no less. Not only that, they have both Wii Sports and Resort! Next thing I know, grandma and I are running around playing Wii Tennis for three hours straight and I feel like I’m a kid again and like she’s a slightly younger version of Grandma Edna again. Although I will admit there wasn’t much of a challenge due to half our opponents being hooked up to oxygen tanks.”

Caleb’s grandmother, Edna Brant, is reportedly enthralled that her grandson has come to visit so frequently following the discovery of the console, despite the harsh physical toll their activities have been taking on her.

“My family has only ever really visited on holidays since my son stuck me here, so Caleb’s weekly visits have been just wonderful,” said Edna, 78. “I’m used to spending most of my days playing bridge and bingo, but he really loves that TV game with the tennis players and their floating arms and legs. How does it know when I’m swinging the white rectangle? Modern technology really is amazing. It’s more engaging than chair aerobics, but sometimes my elbows are swollen when we’re done. I wish Caleb would want to do a puzzle every once in a while, if only to keep my blood pressure down.”

“Video games are great for improving cognition and coordination, and consoles from two generations ago can be easily found at any garage sale. It’s likely you’ll find a Wii or XBOX 360 in the rec rooms of most assisted living facilities, as they have plenty of games to keep you active and the graphics are just dated enough where players won’t think it’s real life and get confused,” said Bryer. “It’s also a great way for residents to connect with their millennial progeny. You might not believe it, but before Halo 3’s Xbox 360 servers went offline, the largest demographic of players were aged 55 to 75.”

As of this afternoon, the Wii was reportedly removed from the activity center after the younger Brant’s white-knuckle Super Smash Bros. Brawl tournament caused several residents to go into cardiac arrest.