Yoshi Game Just a Little Too Obviously for Children 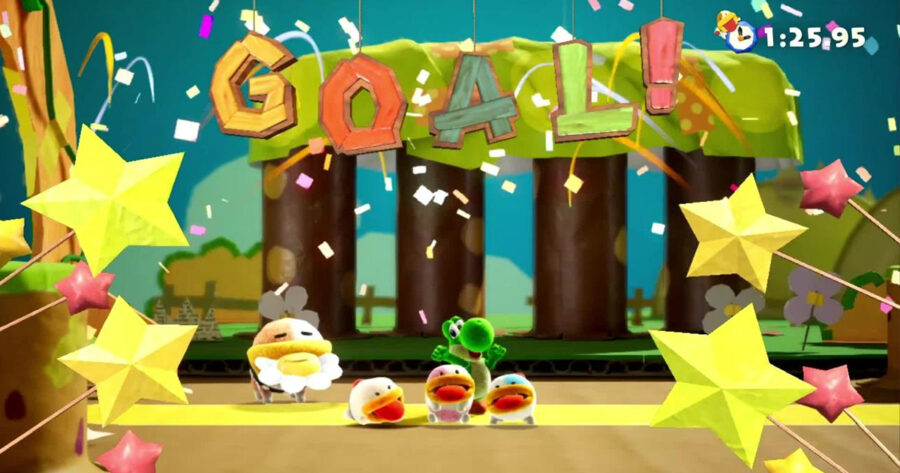 KETTERING, Ohio — Less than an hour into playing her new copy of Yoshi’s Crafted World, local gamer Maureen Teague was disappointed to realize that the game was just a little too obviously aimed toward children for her to enjoy.

“Don’t get me wrong; I’m a Nintendo fan. I love playing games that are intended for children,” Teague explained as she swapped the Yoshi’s Crafted World cartridge for Captain Toad: Treasure Tracker. “But the key issue is whether I can suspend my disbelief enough to feel okay ripping through the story as a grown adult. This Yoshi game kinda falls into the uncanny valley for people old enough to know the term ‘uncanny valley.’”

“When a Mario game is easy, I can claim it’s because, I dunno, the controls are intuitive or the difficulty curve is well-calibrated or whatever,” Teague continued. “But with this Yoshi game, it’s hard to escape the sinking feeling that it’s basically impossible to die because it would be too traumatizing for a three-year-old to handle. Which of course, makes me feel that much worse when I inevitably die.”

Another local gamer and parent, Buzzy Smith, shared Teague’s insecurities about being into the Yoshi franchise.

“I love the Nintendo Switch because there are so many games on there I can play with my six-year-old son,” Smith said while picking up loose toys from around his living room. “But Yoshi isn’t one of ‘em. Every time I try to fire that one up, my kid stares daggers at me like I’m pathetic. So I have to play it when he’s not around, and it honestly feels really weird.”

At press time, both Smith and Teague put away their copies of Yoshi’s Crafted World in the same drawer where they keep their My Little Pony: Friendship Is Magic merch.