‘Yeah, I’m Listening’: Man Pauses Game to Ignore You for a Bit While He Thinks About Game Still 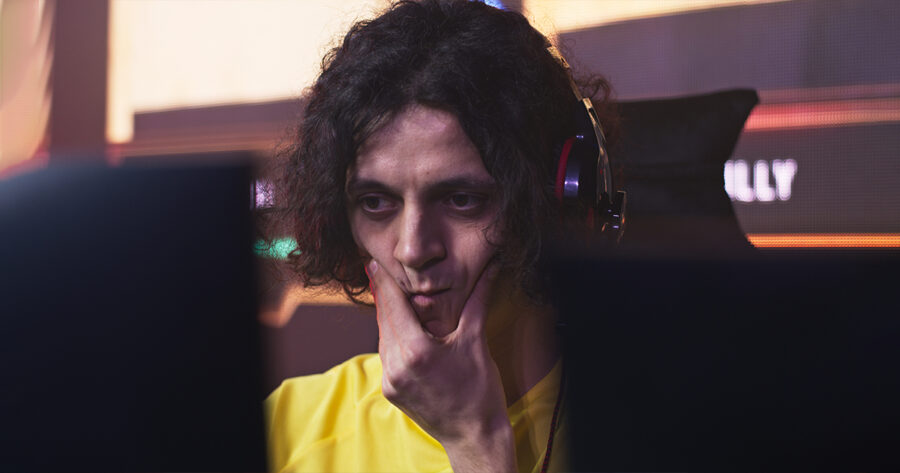 BALTIMORE — Local gamer Gary Doyle reportedly paused his game to listen to his partner deliver important news, but he not-so-secretly continued to peek at the screen instead, confirmed undeceived sources.

“I’m really good at doing two things at once. I think my years of gaming have trained me to have kind of a superbrain,” said Doyle, pointing to his head. “Like the other day, Sonia interrupted me while I was playing Madden and said she had something important to tell me. It was in the game’s final seconds, so I had to focus on remembering my play call. But I was still able to pause and have a whole conversation with her. As soon as she was done with whatever she said, I hopped right back in, drove down the field, and scored.”

“I was excited to tell him that his little sister got into college, but he barely re-focused his eyes as I stood there. He just nodded and said ‘uh huh’ like four times. And he absolutely looked over my shoulder at the pause screen,” Ayers said. “Gary thinks he can juggle everything, but really he just fucks up whatever he’s not focused on. Yesterday I asked him to go to the store, and on his way out, I reminded him why while he stared at his phone. Five minutes later, he called me to ask why he was in a CVS parking lot. I told him to look down where I’d written ‘toilet paper’ on his hand.”

Eve Robbins, a researcher at The Maryland Institute, has done several studies on multitasking behavior.

“Every subject will go on and on about how capable they are because they watch Family Guy while browsing Reddit or apply lipstick with cruise control on,” said Robbins. “But, without fail, the second we give them two tasks that require focus, like checking email and reading an article, they collapse. It takes them twice as long as doing each separately, and their comprehension of each drops through the floor. Honestly, my job kind of boils down to frustrating people until they scream, ‘give me a minute!’”

At press time, Doyle was seen on a Zoom call with co-workers alt+tabbing to check a Slack message while sharing a PowerPoint presentation.