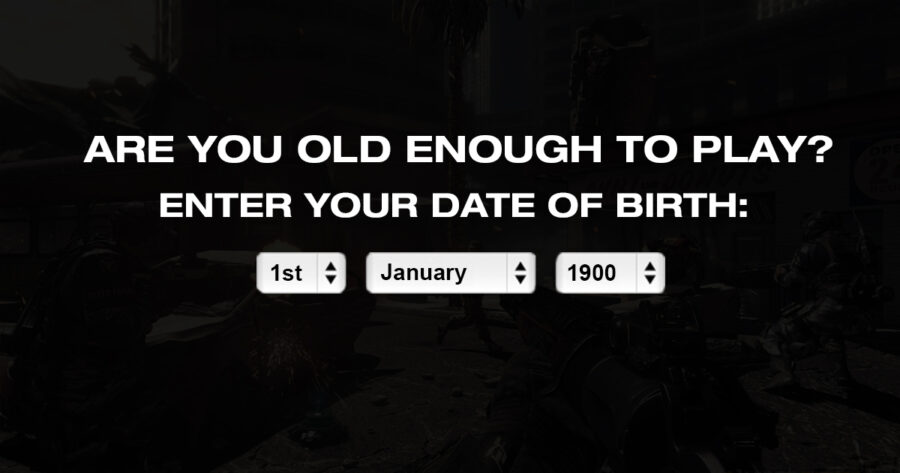 DUBUQUE, Iowa — A previously unknown supercentenarian has been discovered and it turns out he’s an avid gamer, sources say.

“We’d never seen anyone even close to this old,” said EA spokesperson Shelly Winston. “As it happens, January 1,1900 was the very earliest date in our website’s drop-down menu. Thank goodness he wasn’t born a day earlier!”

When asked what it had been like to fall in love with a medium that didn’t exist until he was well into his seventies, Greenberg shushed reporters and went back to playing Minecraft.

“Oh yes, our Ralphie boy loves his games,” said live-in family member and caretaker Martha Greenberg. “But what’s this about now? Something about his birthday? That’s not for a little while yet, you guys.”

Some world record organizations have been hesitant to formally recognize Ralphie’s age in the absence of official government documentation, and because he sometimes mistakenly believes himself to be a twelve-year-old student at Pendleton Middle School.

“The age verification methods used by game studios are extremely sophisticated,” said Peterson. “The thing is, these sites and services require you to enter your date of birth. So either this guy’s 117 years old, or he’s the greatest hacker of all time.”

Ralphie Greenberg has no plans to give up gaming any time soon, and says that he’s looking forward to Call of Duty: WWII this November. When asked if he had any memories of living through the actual war in his 40s, he told us to stop being weird.