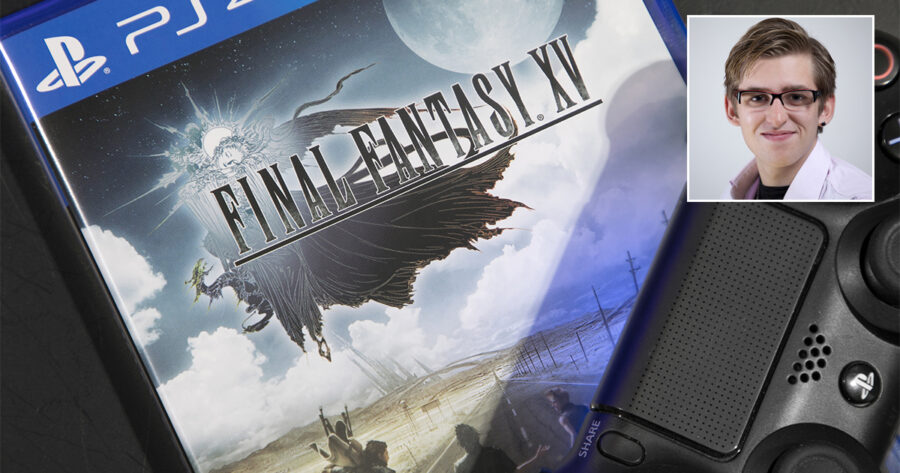 ATHENS, Ga. — Final Fantasy fanatic Patrick Danielson is widely considered to be the world’s biggest fan of the extremely popular franchise; he created & moderates the fan-site ChocoboRanch.Net, owns every Final Fantasy collectible every produced, and has even played a few of the video games to near completion.

“See here is my full-calf Fenrir tattoo, over there is the homemade Vivi costume that I wore to DragonCon last year, and up on the wall is a life-size functional Orichalcum blade,” Danielson said during a tour of his home, a shrine to Final Fantasy. “Oh, and on the floor over there is a copy of Final Fantasy XIV for the PS3 that I really hope to get around to playing someday.”

Danielson has seen every Final Fantasy movie and mini-series made and even traveled to Japan to ride the Final Fantasy virtual reality roller coaster. He also bought Final Fantasy III on Steam and actually played it all the way to The Floating Continent.

“I didn’t believe he was really a fan at first,” said friend Ben Wolff. “But then he showed me his last save point in Final Fantasy VII, just before the last Joho battle and I knew he was the real deal. We are talking almost disc three!”

Danielson even purchased a PSP just to play Final Fantasy Type-0 as well as the accompanying manga and novel adaptations. In 2016, he waited outside a Best Buy to purchase a copy of Final Fantasy XV where he logged an impressive fifty hours of gameplay for a total of 44% of game completion.

“I even started a Twitch channel where I did a playthrough of Final Fantasy IV,” Danielson said. “I stopped somewhere in the Cave of the Phantom God. I should probably log back in and start it up again.”

Danielson has also been writing a detailed world map of Final Fantasy XI but has only traced some of Vollbow thus far.